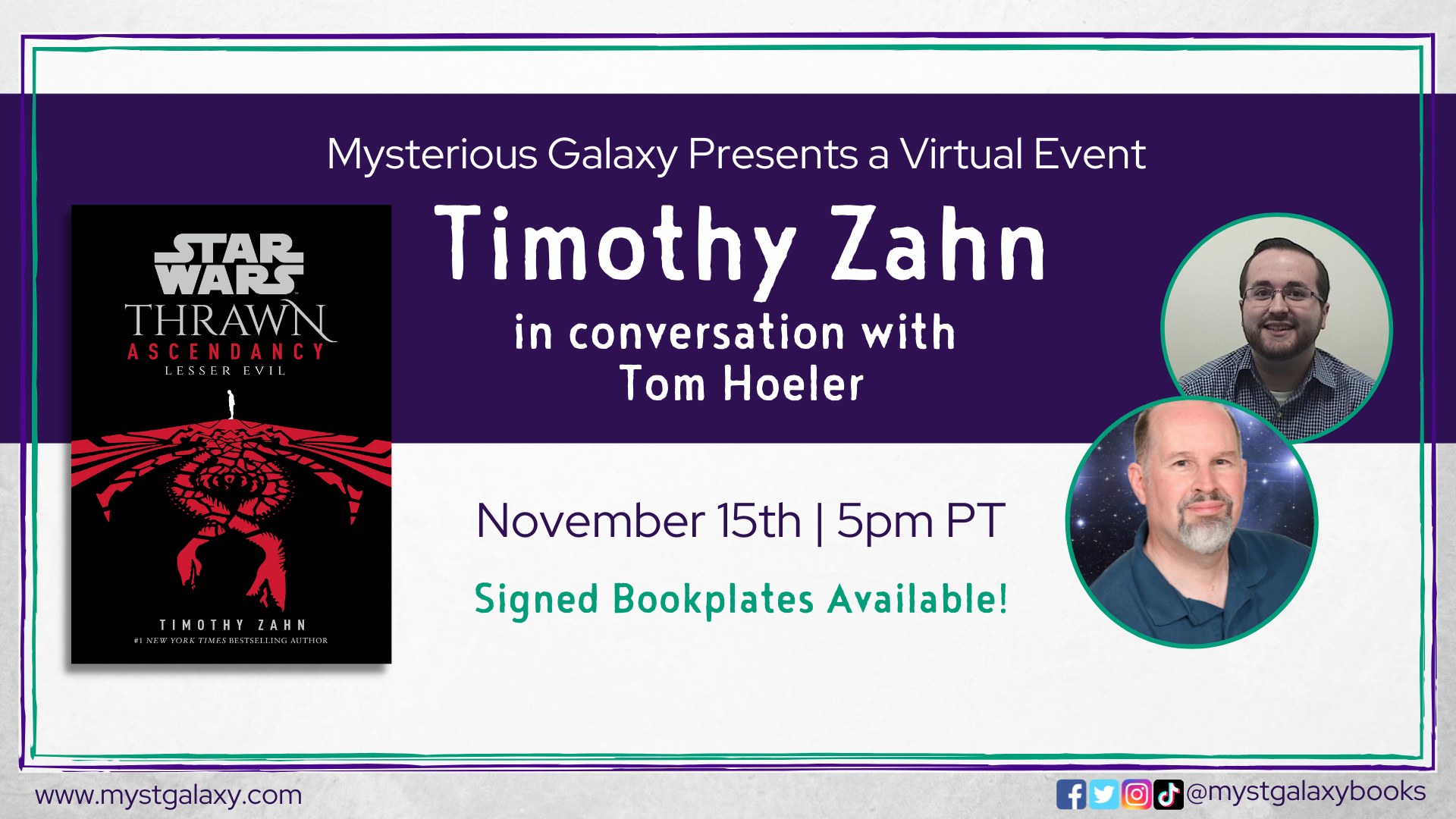 Event date:
Monday, November 15, 2021 - 5:00pm
Mysterious Galaxy's virtual events are hosted on Crowdcast. Click here to register for the event and here to view our virtual code of conduct. Accessibility: Real-time captioning for all Crowdcast events is available via Google Chrome. For enabling captions, please follow this guide. More info here.
How to Order a Signed Bookplate
When you purchase Star Wars: Thrawn Ascendancy (Book III: Lesser Evil)for this event you'll get a signed bookplate! Simply write "bookplate" in the order comments at checkout to reserve yours!​
About the Author and Conversation Partner
Timothy Zahn is the author of more than sixty novels, nearly ninety short stories and novelettes, and four short-fiction collections. In 1984, he won the Hugo Award for Best Novella. Zahn is best known for his Star Wars novels (Thrawn, Thrawn: Alliances, Thrawn: Treason, Heir to the Empire, Dark Force Rising, The Last Command, Specter of the Past, Vision of the Future, Survivor’s Quest, Outbound Flight, Allegiance, Choices of One, and Scoundrels), with more than eight million copies of his books in print. Other books include StarCraft: Evolution, the Cobra series, the Quadrail series, and the young adult Dragonback series. Zahn has a BS in physics from Michigan State University and an MS from the University of Illinois. He lives with his family on the Oregon coast.
Tom Hoeler is Timothy Zahn's Star Wars editor at Del Rey books, working with him to craft new stories in a galaxy far, far away.