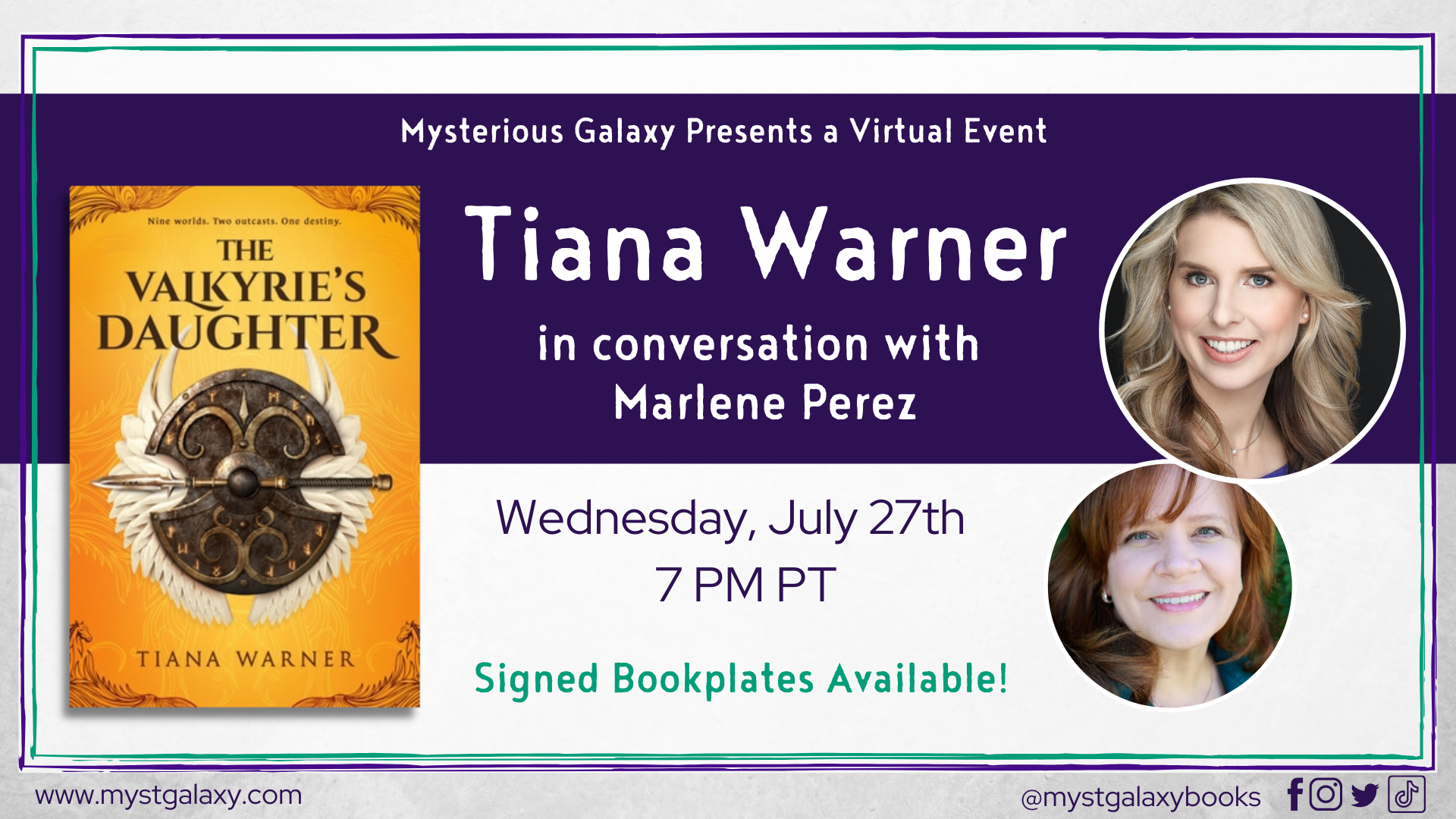 How to Order a Signed Bookplate from Tiana Warner

TIANA WARNER is an LGBTQ+ author from Coquitlam, BC, Canada, best known for her critically acclaimed, #1 Amazon bestselling series, Mermaids of Eriana Kwai. Tiana is a lifelong horseback rider and has tried several disciplines, including eventing, extreme trail, and mounted archery. Her mare, Bailey, is now semi-retired as a therapy horse, and Tiana spends her afternoons zipping around on a spunky gelding named Flynn. In addition to writing stories, Tiana is a tech nerd and former programmer, as well as an outdoor enthusiast who loves to explore nature with her musician boyfriend and their hyperactive rescue mutt, Joey.

MARLENE PEREZ is the author of paranormal and urban fantasy books, including the best-selling Dead Is series for teens. The first book in the series, DEAD IS THE NEW BLACK, was named an ALA Quick Pick for Reluctant Young Adult Readers as well as an ALA Popular Paperback. The first three books in the series have been optioned by Disney for television. She lives in Orange County, California with her husband and children. www.marleneperez.com.

About THE VALKYRIE'S DAUGHTER
From the time she was born, Sigrid has only ever been ordinary. Being paired at birth with a plain horse—instead of the powerful winged mare of a valkyrie—meant there would be no warrior path for her. No riding the skies, no glory among the nine worlds. Just the simple, unremarkable life of a stable hand.

Everything changes when a terrible enemy ambushes Vanaheim and Sigrid sees a vision of herself atop a mythical stallion, leading the valkyries into a harrowing battle. Finally, she can grab her future with her own two hands and become the hero of her own story…if she dares.

But her destiny is tied up with Mariam, a fallen valkyrie who’s allied herself with the very enemy Sigrid is trying to stop.

Now Sigrid has left ordinary behind as she begins a journey with the beautiful—if treacherous—valkyrie, each step bringing her closer to answers…and to awakened feelings for Mariam.

Only, the life Sigrid has escaped may have been paradise compared to the one she’s racing toward. Because her destination is the realm of the dead: the gates of Hel.

The Afterlife of the Party (Paperback)

I'm with the Banned (Afterlife #2) (Paperback)