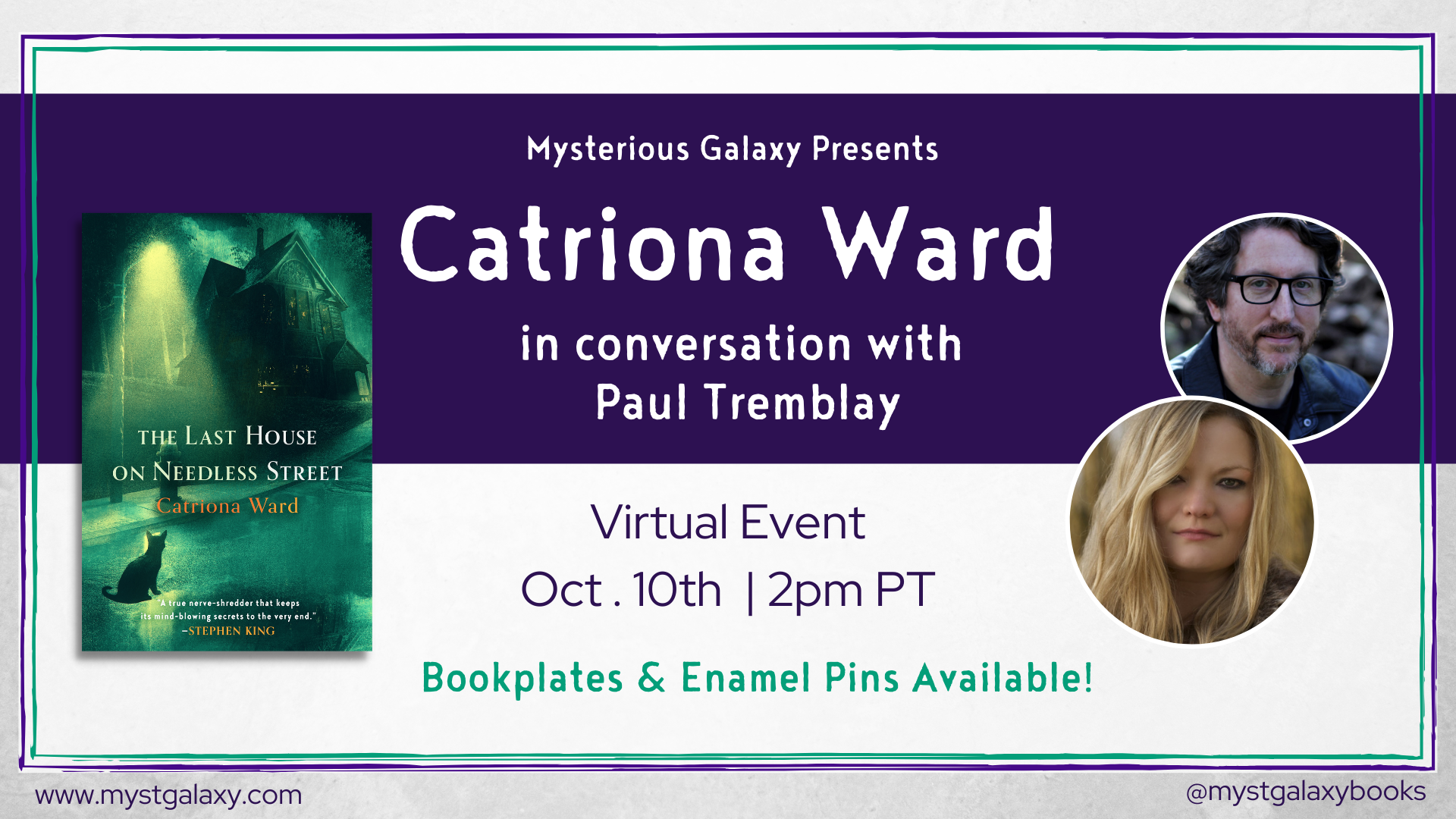 Event date:
Sunday, October 10, 2021 - 2:00pm
Mysterious Galaxy's virtual events are hosted on Crowdcast. Click here to register for the event and here to view our  virtual code of conduct. Accessibility: Real-time captioning for all Crowdcast events is available via Google Chrome. For enabling captions, please follow this guide. More info here.
We are SOLD OUT of the Pre-Order Pin!

How to Order a Signed/Personalized Bookplate from Catriona Ward

About the Authors
CATRIONA WARD was born in Washington, DC and grew up in the United States, Kenya, Madagascar, Yemen, and Morocco. She studied English at Oxford and later the Creative Writing Masters at the University of East Anglia. Her second novel, Little Eve, won the 2019 Shirley Jackson Award and the August Derleth Prize at the British Fantasy Awards. Her debut, The Girl from Rawblood, also won the 2016 August Derleth Prize, making her the first and only woman to win the prize twice. Her short stories have appeared in numerous anthologies. She divides her time between London and the remote English moors.
Paul Tremblay has won the Bram Stoker, British Fantasy, and Massachusetts Book awards and is the author of Growing Things, The Cabin at the End of the World, Disappearance at Devil’s Rock, A Head Full of Ghosts, and the crime novels The Little Sleep and No Sleep Till Wonderland. His essays and short fiction have appeared in the Los Angeles Times, Entertainment Weekly online, and numerous year’s-best anthologies. He has a master’s degree in mathematics and lives outside Boston with his family

The Girl from Rawblood (Paperback)