Virtual Event - A Discussion of True History in Romance 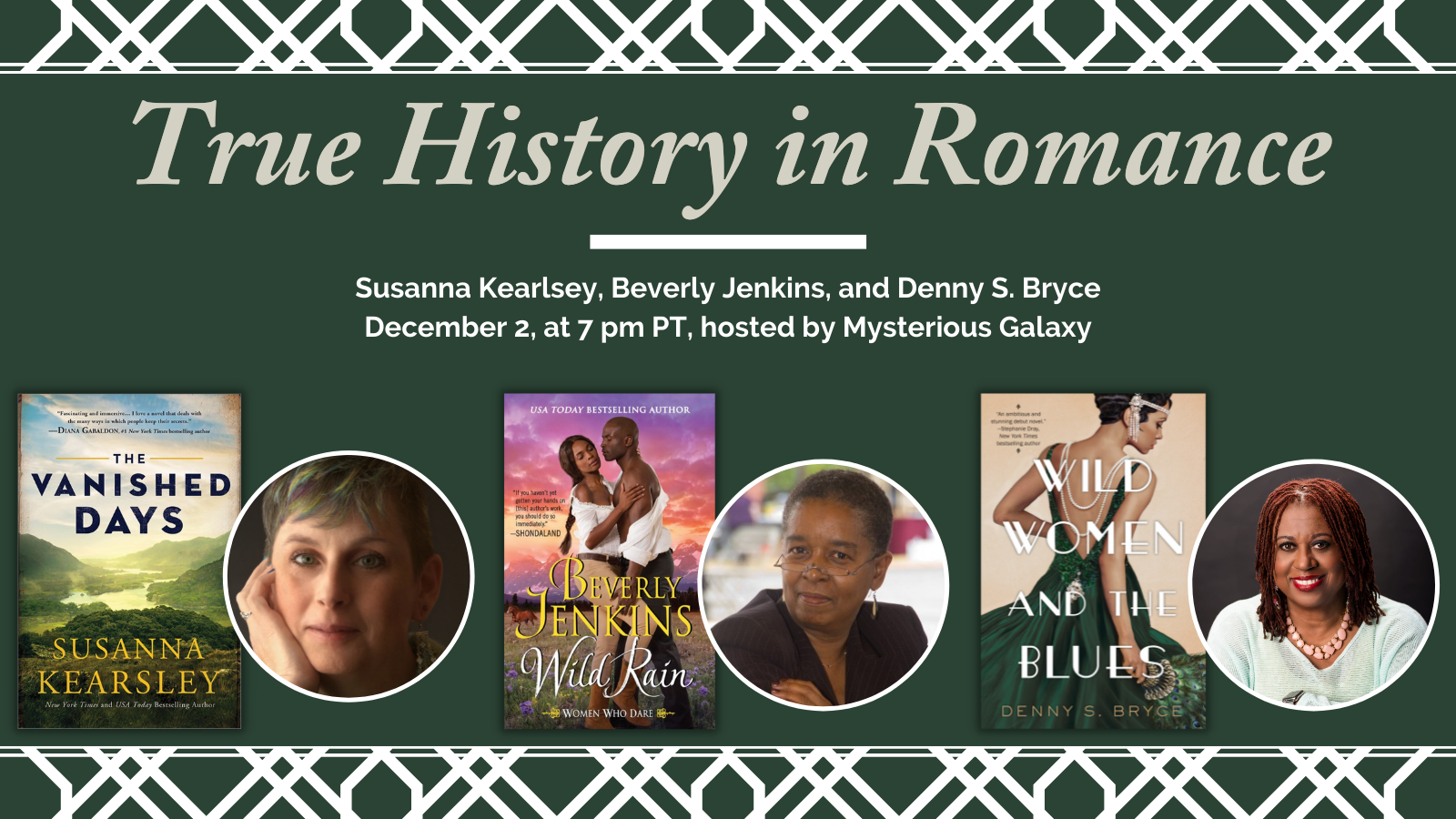 Event date:
Thursday, December 2, 2021 - 7:00pm
Mysterious Galaxy's virtual events are hosted on Crowdcast. Click here to register for the event and here to view our virtual code of conduct. Accessibility: Real-time captioning for all Crowdcast events is available via Google Chrome. For enabling captions, please follow this guide. More info here.
About the Authors
New York Times and USA Today bestselling author SUSANNA KEARSLEY's lush writing has been likened to that of to Daphne du Maurier and Mary Stewart. Her books have been published in more than twenty countries and have won numerous awards. She lives in Canada, near the shores of Lake Ontario.
Beverly Jenkins is the recipient of the Michigan Author Award by the Michigan Library Association, the Romance Writers of America Nora Roberts Lifetime Achievement Award, as well as the Romantic Times Reviewers’ Choice Award for historical romance. She has been nominated for the NAACP Image Award in Literature, was featured in both the documentary Love Between the Covers and on CBS Sunday Morning. Since the publication of Night Song in 1994, she has been leading the charge for multicultural romance, and has been a constant darling of reviewers, fans, and her peers alike, garnering accolades for her work from the likes of The Wall Street Journal, People Magazine, and NPR.
Denny S. Bryce is an award-winning author and three-time Golden Heart® finalist, including twice for Wild Women and the Blues. A book reviewer for NPR Books who’s written for FROLIC Media, USA Today, and Harper’s Bazaar, the former professional dancer also worked for more than two decades in public relations. A member of the Historical Novel Society (HNS), Women’s Fiction Writers Association (WFWA), and The Tall Poppies, Denny is originally from Chicago but currently resides in Savannah, Georgia. Visit her online at DennySBryce.com.

In the Face of the Sun (Paperback)

Wild Women and the Blues: A Fascinating and Innovative Novel of Historical Fiction (Paperback)