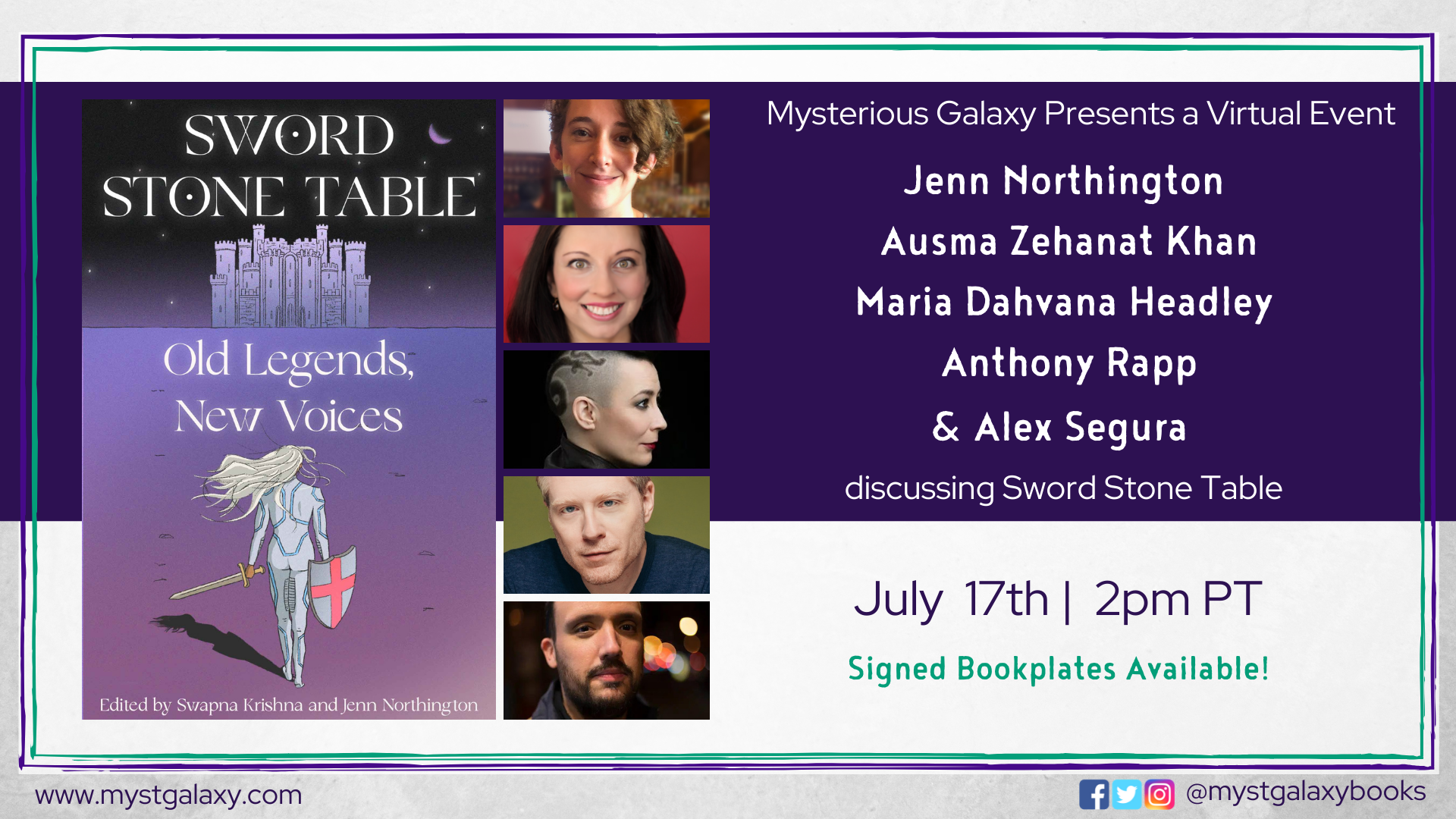 Event date:
Saturday, July 17, 2021 - 2:00pm
How to join our Livestream
View and register for the event on Crowdcast here! View our virtual event code of conduct here. Please note that it applies to all attendees, authors, and moderators and is to ensure our event spaces stay a positive, welcoming place for respectful discussions and multiple perspectives.
Event Accessibility: Open events (non-ticketed) may be viewed live with real time captions via our Facebook page. More info here.
Bookplate and Sticker Giveaway!
With your purchase of Sword Stone Table you'll receive a bookplate signed by its editors, Swapna Krishna and Jenn Northington as welll as a fabulous sticker! Please note that it may be up to several business weeks after the order deadline for you to receive your book. Thank you for understanding! 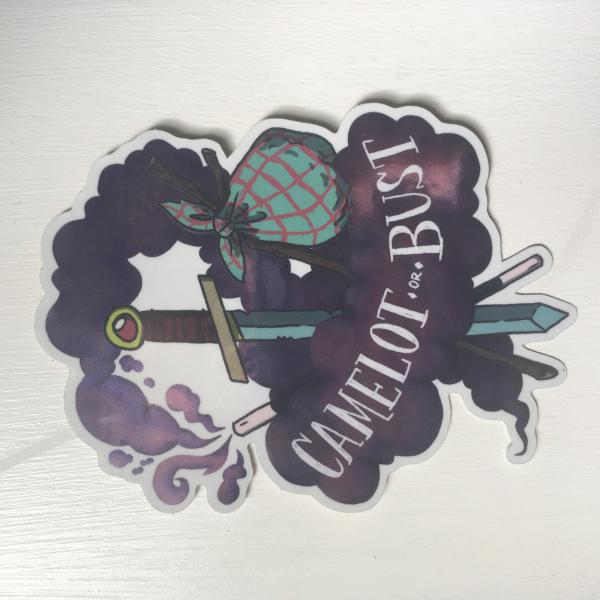 About the Authors
JENN NORTHINGTON is a former bookseller and a current reviewer, podcaster, and editor with Riot New Media Group. She’s a lifelong book nerd and can be found primarily on Instagram at @iamjennIRL.
Alex Segura is an acclaimed, award-winning writer of novels, comic books, short stories, and podcasts. He is the author of Star Wars Poe Dameron: Free Fall, the Pete Fernandez Mystery series (including the Anthony Award-nominated crime novels Dangerous Ends, Blackout. and Miami Midnight), and the upcoming Secret Identity (Flatiron Books). His short story “Red Zone” won the 2020 Anthony Award for Best Short Story, and his border noir short story, “90 Miles” will be included in THE BEST AMERICAN MYSTERY AND SUSPENSE STORIES of 2020. He has also written a number of comic books, most notably the superhero noir The Black Ghost, the YA music series The Archies, and the “Archie Meets” collection of crossovers, featuring real-life cameos from the Ramones, B-52s, and more. He is also the co-creator/co-writer of the Lethal Lit crime/YA podcast from iHeart Radio, which was named one of the best podcasts of 2018 by The New York Times. By day he is the Senior Vice President of Sales and Marketing at Oni Press, with previous stints at Archie Comics and DC Comics. A Miami native, he lives in New York with his wife and children.
Ausma Zehanat Khan holds a Ph.D. in international human rights law with a specialization in military intervention and war crimes in the Balkans. She writes the award-winning Esa Khattak/Rachel Getty mystery series, and the critically acclaimed Khorasan Archives fantasy series. A Deadly Divide and The Bladebone are her latest books, with her new Blackwater Falls crime series premiering in 2022. A British-born Canadian and former adjunct law professor, Khan now lives in Colorado with her husband.
Anthony Rapp has been acting professionally since he was nine years old, but he has also been writing (and avidly reading) stories for even longer. He won a Young Authors Award when he was eight, and his New York Times best-selling memoir entitled Without You: a Memoir of Love, Loss, and the Musical Rent was published by Simon & Schuster in 2006. He lives in NYC with his fiancé Ken Ithiphol and their cats Spike, Ferdinand, and Isabella.
Maria Dahvana Headley is the New York Times bestselling author of eight books in a variety of genres, most recently Beowulf: A New Translation, and The Mere Wife, both from FSG. Her short stories have been short-listed for the Nebula, Shirley Jackson, and World Fantasy Awards, and regularly appear in Year’s-Best anthologies.