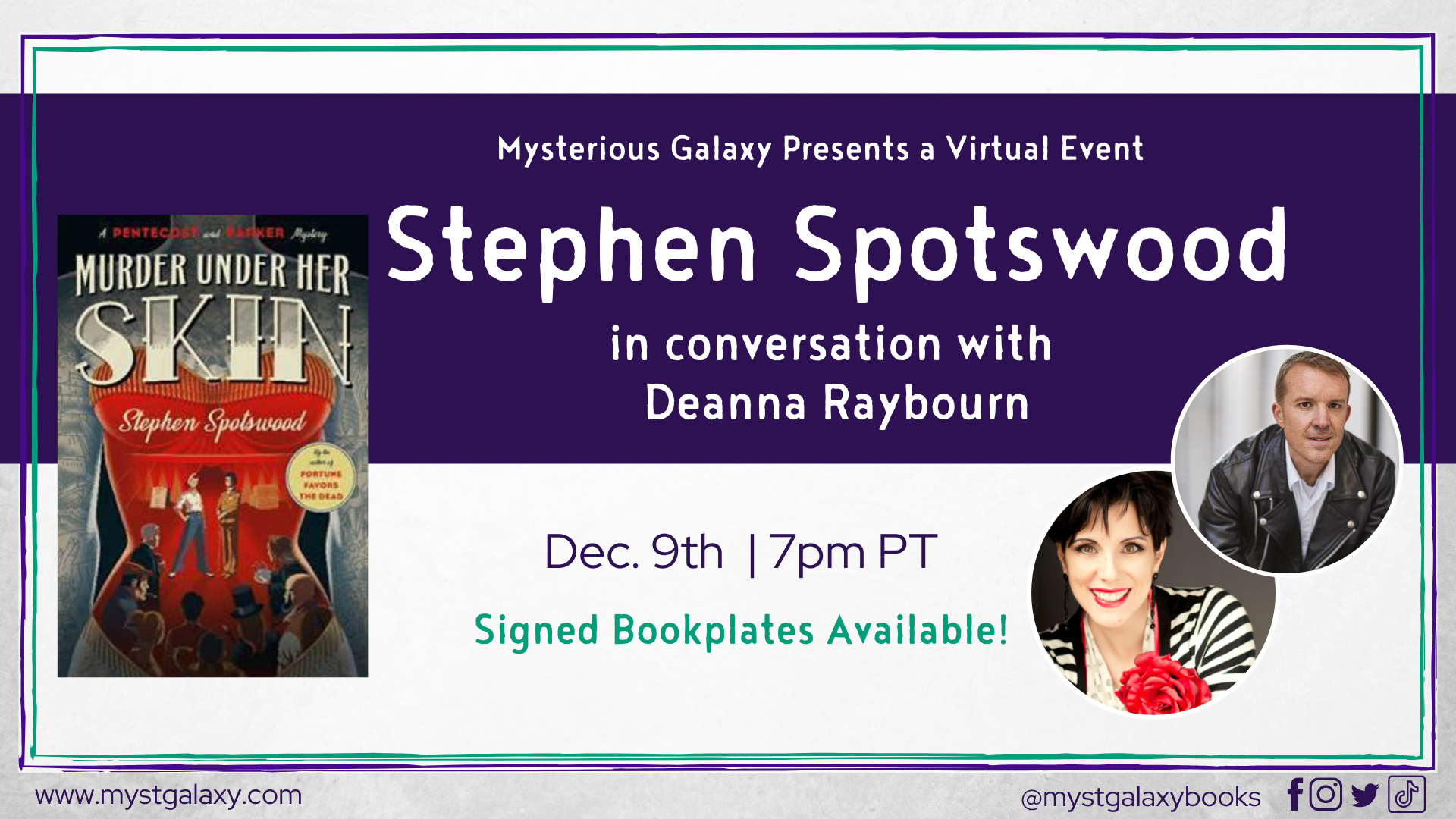 Event date:
Thursday, December 9, 2021 - 7:00pm
Mysterious Galaxy's virtual events are hosted on Crowdcast. Click here to register for the event and here to view our virtual code of conduct. Accessibility: Real-time captioning for all Crowdcast events is available via Google Chrome. For enabling captions, please follow this guide. More info here.
How to Order a Signed / Personalized Bookplate
About the Authors
Stephen Spotswood: (he/him) is an award-winning playwright, journalist, and educator. As a journalist, he has spent much of the last two decades writing about the aftermath of the wars in Iraq and Afghanistan and the struggles of wounded veterans. His dramatic work has been widely produced across the United States. He makes his home in Washington, D.C. with his wife, young adult author Jessica Spotswood.
Deanna Raybourn: New York Times and USA Today bestselling novelist Deanna Raybourn is a 6th-generation native Texan. She graduated with a double major in English and history from the University of Texas at San Antonio. Married to her college sweetheart and the mother of one, Raybourn makes her home in Virginia. Her novels have been nominated for numerous awards including the Edgar, two RT Reviewers’ Choice awards, the Agatha, two Dilys Winns, and a Last Laugh. She launched a new Victorian mystery series with the 2015 release of A CURIOUS BEGINNING, featuring intrepid butterfly-hunter and amateur sleuth, Veronica Speedwell. Veronica’s second adventure is A PERILOUS UNDERTAKING (January 2017), and book three, A TREACHEROUS CURSE, was published in 2018 and nominated for the Edgar Award. A DANGEROUS COLLABORATION was released in 2019, and A MURDEROUS RELATION appeared in 2020. The latest Veronica mystery, AN UNEXPECTED PERIL, publishes in March 2021. Further books in the Veronica Speedwell series are contracted through 2022, and Deanna is hard at work on her first contemporary novel featuring four female assassins who must band together to take out their nemesis as they prepare for retirement.

Murder Under Her Skin: A Pentecost and Parker Mystery (Hardcover)