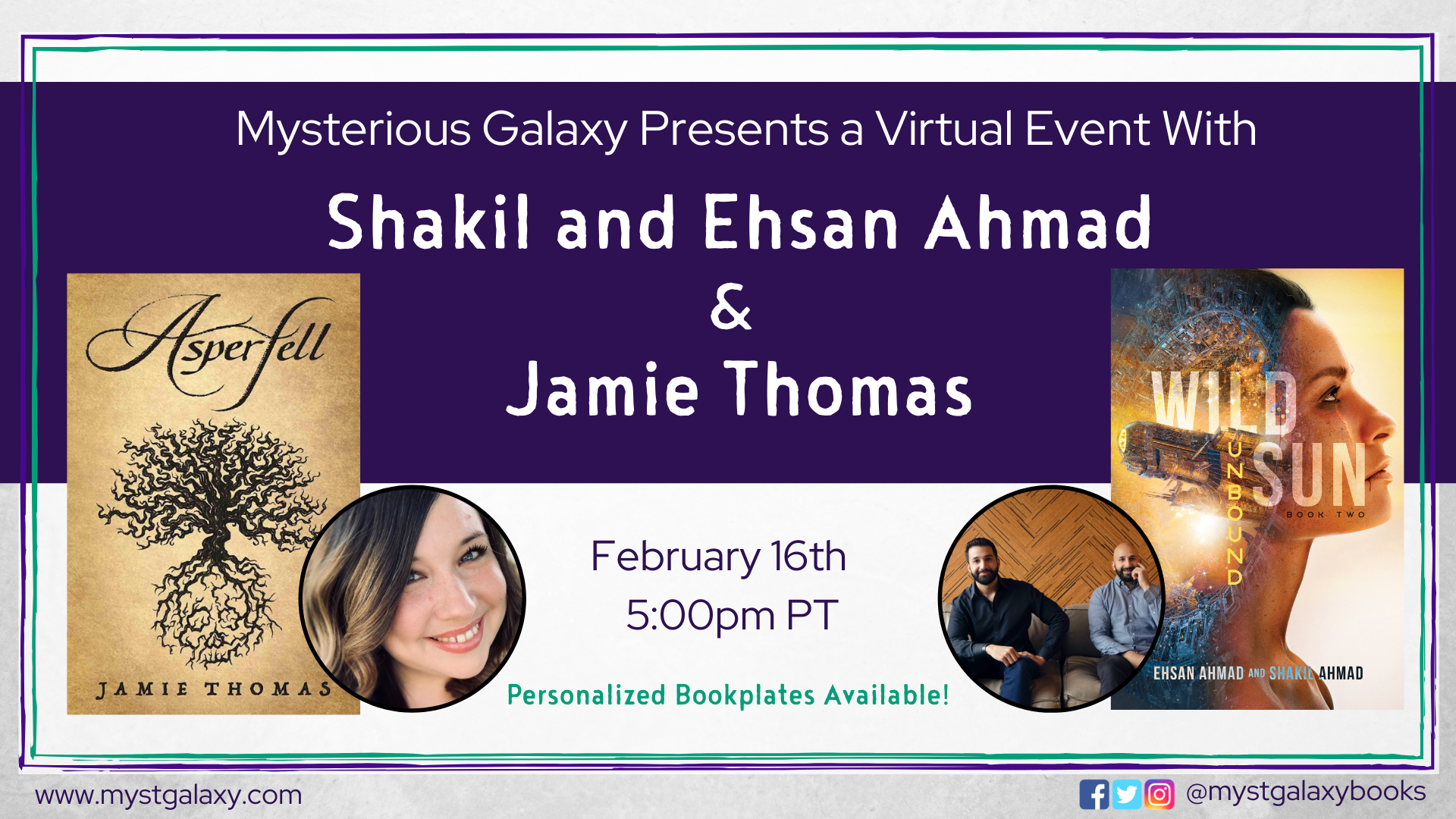 Event date:
Tuesday, February 16, 2021 - 5:00pm
How to join our Livestream
Our livestreams are hosted on Crowdcast! To view and register for the event click here!
View our virtual event code of conduct here. Please note that it applies to all attendees, authors, and moderators and is to ensure our event spaces stay a positive, welcoming place for respectful discussions and multiple perspectives.

With the purchase of the author's book at checkout under “Order Comments” write if you would like a signed or personalized bookplate and to whom it should be personalized. Personalization requests are due one week after the event. Please note that it may be up to several business weeks after the order deadline for you to receive your bookplate. Thank you for understanding!
About the Authors
Brothers Ehsan Ahmad and Shakil Ahmad grew up in New York City as the first-generation American children of immigrants from Pakistan. Ehsan spent his early twenties traveling across four continents to meet the people of countless cultures, while Shakil earned degrees in psychology and social research. In their late twenties, the brothers reunited in Pennsylvania to start a wedding film company. Ehsan also spent those years writing lyrics and playing bass for an alt-rock band, recording three studio albums. In their thirties, they sold the film company and returned to the city of their birth to work for separate tech startups and collaborate together continuously on screenplays and novels. Their debut novel is WILD SUN (October 20, 2020; Uproar Books) and UNBOUND is the second novel in the Wild Sun series.
Jamie Thomas began crafting stories in the fourth grade with a tale of a brother and sister who accidentally bring the birds on their hotel wallpaper to life. Even though she ended with the cliched “It was all a dream” gimmick, she still won a regional young writers competition that year, thus beginning a lifelong love affair with the written word. A certified Language Arts teacher in the state of Washington, Jamie holds a Master’s degree in English Education and did her graduate research in the area of gender equality in high school literary curriculum. Jamie is an avid lover of Victorian novels and poetry, Gothic Romanticism, and feminist literature, as well as epic female-led fantasy and historical fiction. Jamie aims to smash the patriarchy one novel at a time, creating characters and worlds that inspire, empower, and elevate women.  Previously, Jamie studied opera and received her formal training at the University of Montana and the San Francisco Conservatory of Music, and she still enjoys performing occasionally, as well as teaching vocal technique. She lives in Wenatchee, Washington, with her husband, daughter, two enormous dogs, and two mischievous cats. In July 2019, Jamie signed with Uproar Books, a new publisher of science fiction and epic fantasy novels. Asperfell is Jamie’s debut novel.