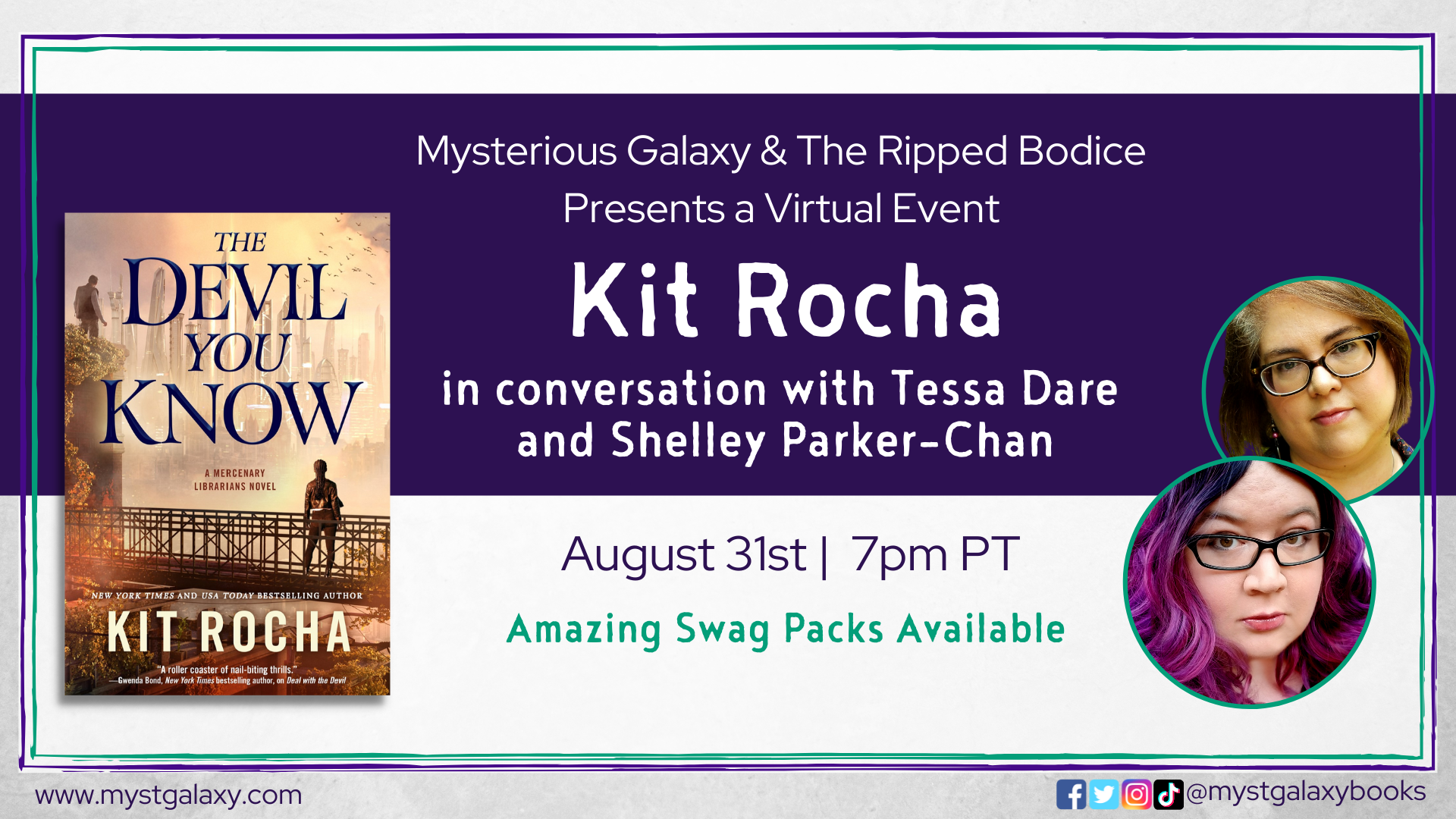 Event date:
Tuesday, August 31, 2021 - 7:00pm
Mysterious Galaxy is proud to partner with The Ripped Bodice to give you a virtual event with Kit Rocha in celebration of their new book The Devil You Know! 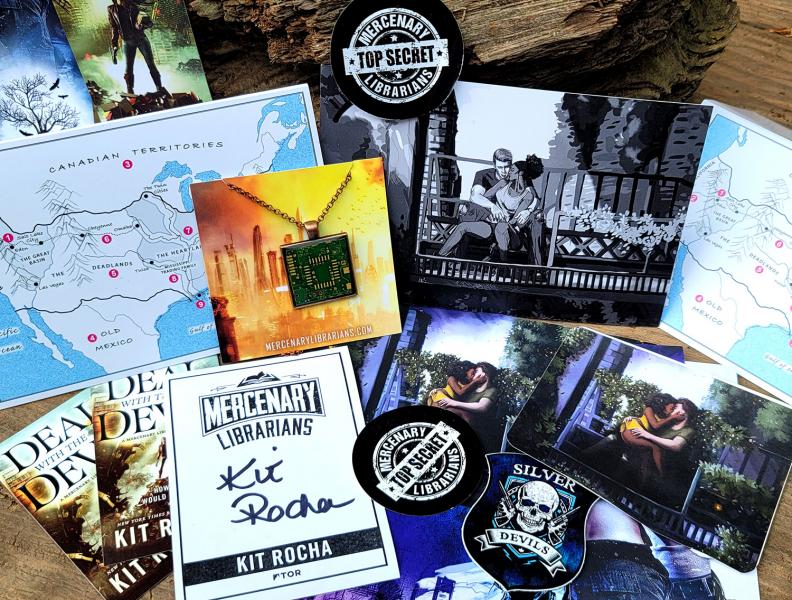 Mysterious Galaxy's virtual events are hosted on Crowdcast. Click here to register for the event and here to view our virtual code of conduct. Accessibility: Real-time captioning for all Crowdcast events is available via Google Chrome. For enabling captions, please follow this guide. More info here.
Special Swag Pack!
With your pre-order of The Devil You Know from Mysterious Galaxy you'll get Maya's Necklace (handmade by Kit Rocha), annotated maps, art postcards, stickers, and a signed bookplate!
About the Authors
Kit Rocha is the pseudonym for the New York Times and USA Today bestselling author duo Donna Herren and Bree Bridges. They are best known for their gritty and sexy dystopian BEYOND series, and were the first indie authors to receive a Romantic Times Reviewers' Choice Award. They currently live three miles apart in Alabama and spend their non-writing time caring for a menagerie of animals and crafting handmade jewelry, all of which is chronicled on their various social media accounts.
Tessa Dare is the New York Times and USA Today bestselling author of twenty historical romances. Her books have won numerous accolades, including Romance Writers of America’s prestigious RITA® award (twice) and the RT Book Reviews Seal of Excellence. Booklist magazine named her one of the “new stars of historical romance,” and her books have been contracted for translation in more than a dozen languages. A librarian by training and a booklover at heart, Tessa makes her home in Southern California, where she lives with her husband, their two children, and a trio of cosmic kitties.
Shelley Parker-Chan is an Australian by way of Malaysia and New Zealand. A 2017 Tiptree Fellow, she is the author of the forthcoming historical fantasy novel She Who Became the Sun. Parker-Chan spent nearly a decade working as a diplomat and international development adviser in Southeast Asia, where she became addicted to epic East Asian historical TV dramas. After a failed search to find English-language book versions of these stories, she decided to write her own. Parker-Chan currently lives in Melbourne, Australia, where she is very grateful to never have to travel by leaky boat ever again.

Deal with the Devil: A Mercenary Librarians Novel (Paperback)

Deal with the Devil: A Mercenary Librarians Novel (Hardcover)

She Who Became the Sun (Hardcover)

Do You Want to Start a Scandal (Mass Market)