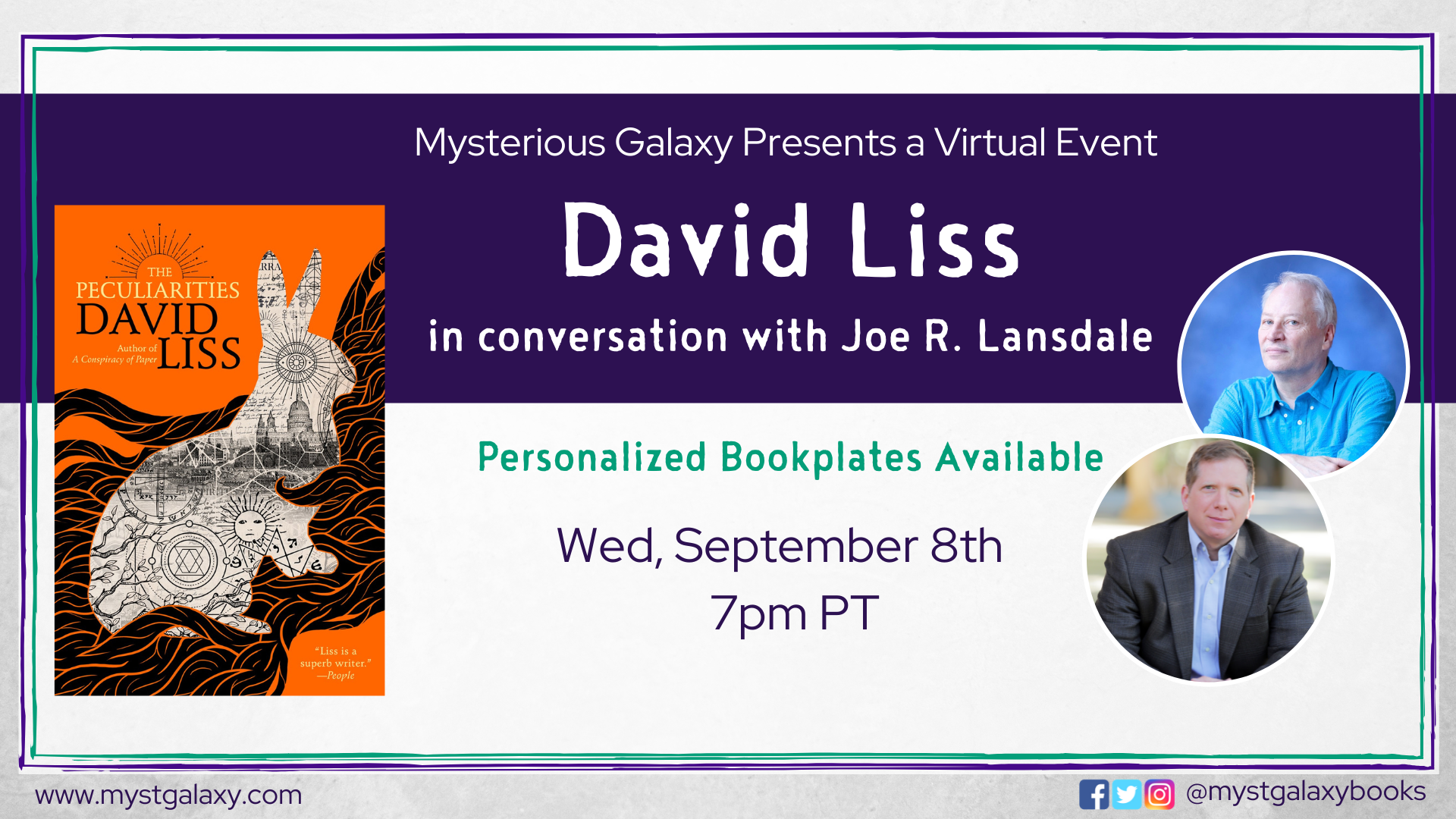 Event date:
Wednesday, September 8, 2021 - 7:00pm
How to join our Livestream
View and register for the event on Crowdcast here! View our virtual event code of conduct here. Please note that it applies to all attendees, authors, and moderators and is to ensure our event spaces stay a positive, welcoming place for respectful discussions and multiple perspectives.
Event Accessibility: Open events (non-ticketed) may be viewed live with real time captions via our Facebook page. More info here.
How to Order a Signed/Personalized Bookplate from David Liss
About the Authors
David Liss is the author of fourteen novels, as well as numerous novellas, short stories, and comics. His previous books include A Conspiracy of Paper, which was named a New York Times Notable Book and won the 2001 Barry, Macavity and Edgar Awards. The Coffee Trader (2003) was also named a New York TimesNotable Book and was selected by the New York Public Library as one of the year’s 25 Books to Remember. He is also the author of the middle grade Randoms series. Many  novels are currently being developed for television or film. He has worked on numerous comics projects, including Black Panther and Mystery Men for Marvel, The Spider and Green Hornet for Dynamite, and Angelica Tomorrow.Liss lives in San Antonio with his wife and children.
Joe R. Lansdale is the author of over forty novels and numerous short stories. His work has appeared in national anthologies, magazines, and collections, as well as numerous foreign publications. He has written for comics, television, film, newspapers, and magazines and is a frequent lecturer and guest speaker around the globe. Lansdale has received the Edgar Award, eleven Bram Stoker Awards, the Horror Writers Association Lifetime Achievement Award, the British Fantasy Award, and many others. Many of his works have been adapted into film and he is the co-producer for the TV series "Hap and Leonard".  Lansdale is the founder of the martial arts system Shen Chuan: Martial Science and its affiliate, Shen Chuan Family System. He is a member of both the United States and International Martial Arts Halls of Fame. He lives in Nacogdoches, Texas with his wife, dog, and one cat.

The Whiskey Rebels: A Novel (Paperback)

The Ethical Assassin: A Novel (Paperback)

Conan: The Songs of the Dead and Other Stories (Paperback)

Of Mice and Minestrone: Hap and Leonard: The Early Years (Paperback)