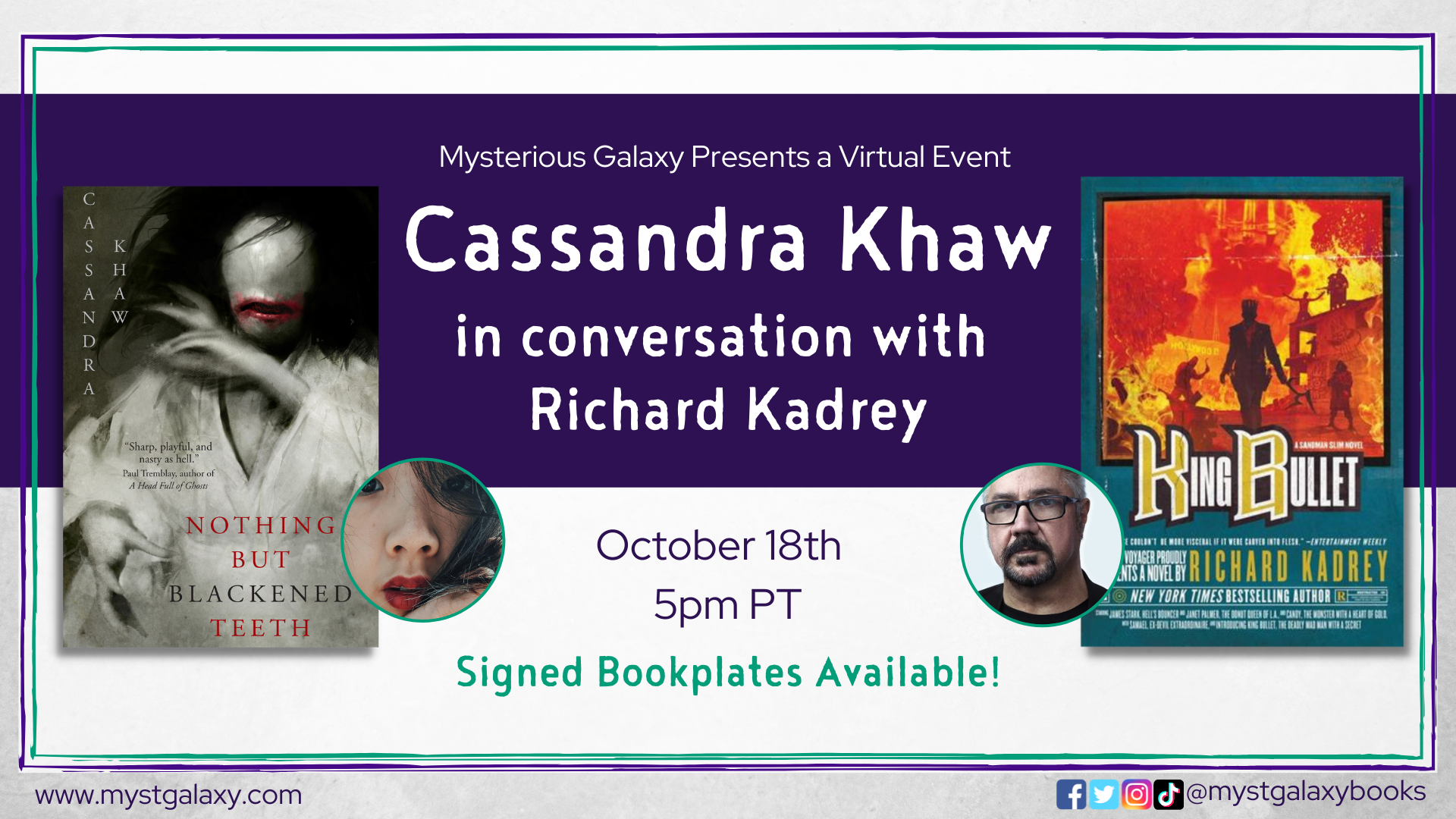 Event date:
Monday, October 18, 2021 - 5:00pm
Mysterious Galaxy's virtual events are hosted on Crowdcast. Click here to register for the event and here to view our virtual code of conduct. Accessibility: Real-time captioning for all Crowdcast events is available via Google Chrome. For enabling captions, please follow this guide. More info here.
How to Order a Signed/Personalized Bookplate from Cassandra Khaw 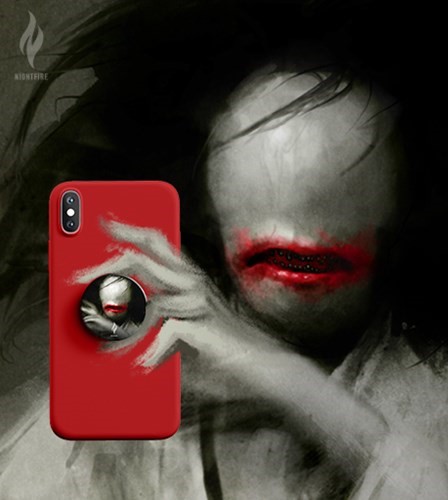 Special Giveaway!
With your purchase of Nothing But Blackened Teeth you'll get a custom popsocket for the book!
About the Authors
CASSANDRA KHAW is an award-winning game writer, award-nominated author, and former scriptwriter for Ubisoft Montreal. Their work can be found in places like The Magazine of Fantasy & Science Fiction, Lightspeed, and Tor.com. Khaw's first original novella, Hammers on Bone, was a British Fantasy Award and Locus Award finalist. Acclaimed writer Khaw can also talk about anything from punk rock, to mythologies from all over the world, to Lovecraftian horror. Khaw's upcoming horror novella, Nothing But Blackened Teeth, is all about Japanese ghosts and demons and is set to release in October 2021. Their forthcoming novel with Richard Kadrey, The Dead Take the A Train, is set to publish by Nightfire in Summer 2022. They can be found at http://www.cassandrakhaw.net
RICHARD KADREY is the New York Times bestselling author of the Sandman Slim supernatural noir series. Sandman Slim was included in Amazon’s “100 Science Fiction & Fantasy Books to Read in a Lifetime,” and is in production as a feature film. Some of Kadrey’s other books include The Grand Dark, The Everything Box, King Bullet, and ButcherBird. In comics, he’s written for Heavy Metal, Lucifer, and Hellblazer. He’s currently partnered with Winterlight Productions for his original horror screenplay, Dark West.

Nothing But Blackened Teeth (Hardcover)

Food of the Gods (Gods and Monsters #4) (Paperback)

The Grand Dark: A Novel (Paperback)

Butcher Bird: A Novel of the Dominion (Paperback)