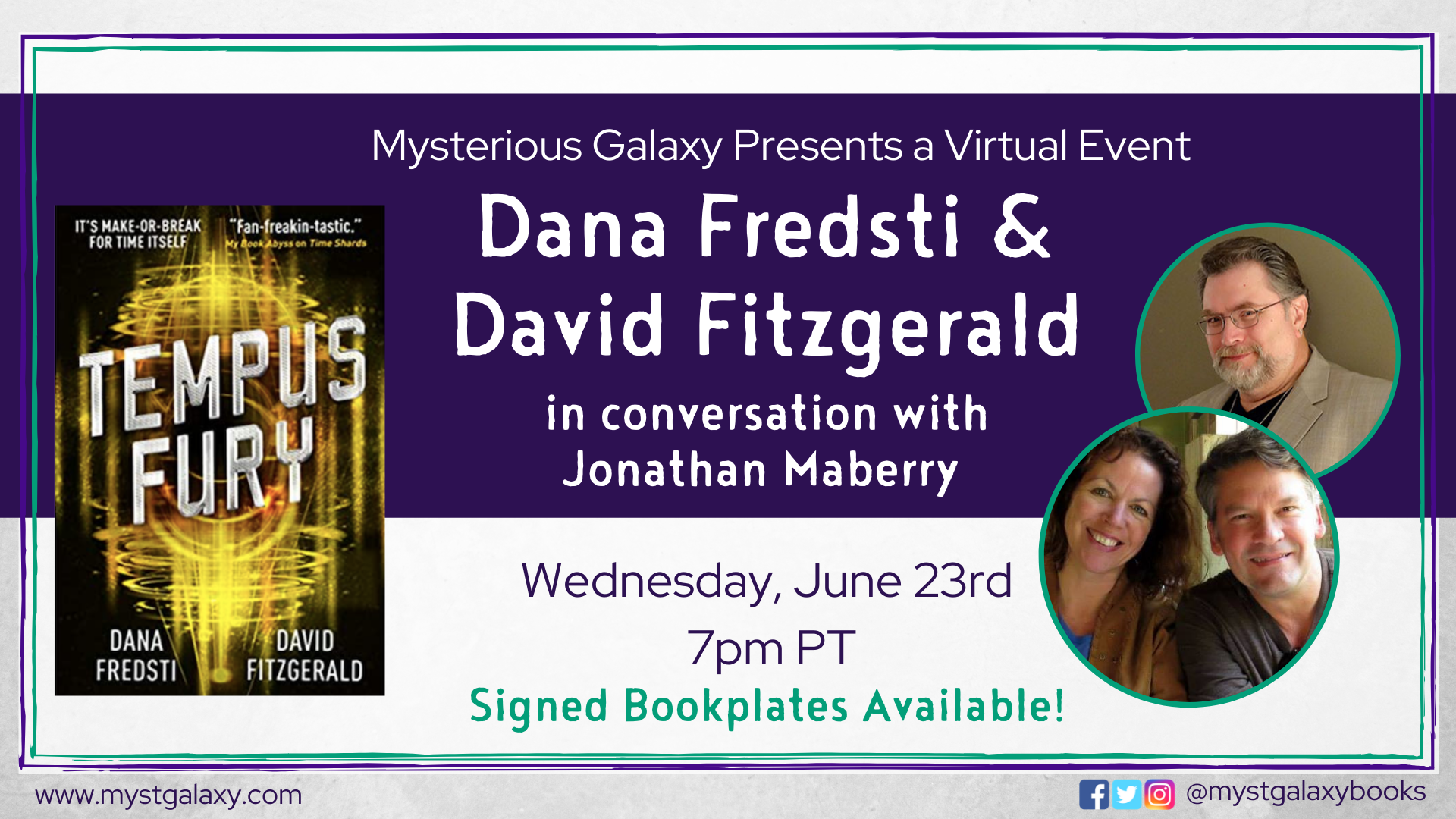 Event date:
Wednesday, June 23, 2021 - 7:00pm
How to join our Livestream
View and register for the event on Crowdcast here! View our virtual event code of conduct here. Please note that it applies to all attendees, authors, and moderators and is to ensure our event spaces stay a positive, welcoming place for respectful discussions and multiple perspectives.
Event Accessibility: Open events (non-ticketed) may be viewed live with real time captions via our Facebook page. More info here.
How to Order a Signed/Personalized Bookplate from Dana Fredsti and David Fitzgerald
How to Order a Signed/Personalized Book from Jonathan Maberry
About the Authors
Dana Fredsti is an ex B-movie actress with a background in theatrical combat (a skill she utilized in Army of Darkness as a sword-fighting Deadite and fight captain). Through seven plus years of volunteering at EFBC/FCC, Dana’s been kissed by tigers, and had her thumb sucked by an ocelot with nursing issues. She’s addicted to bad movies and any book or film, good or bad, which include zombies. She’s the author of the cozy noir mystery Murder for Hire: The Peruvian Pigeon; the Ashley Parker series, touted as Buffy meets The Walking Dead; the dark fantasy series Spawn of Lilith; and co-author of the science fiction series Time Shards, co-written with her husband and fellow author David Fitzgerald. They live in Eureka, California with a horde of felines and their dog Pogeen.
David Fitzgerald is a historical researcher, an international public speaker, and an award-winning author of both genre fiction and historical nonfiction, such as The Complete Heretic’s Guide to Western Religion series and Nailed. He is also a founding member of San Francisco Writer’s Coffeehouse, along with his wife, actress/writer Dana Fredsti. His latest fiction (co-written with Dana) is the Time Shards series.
Jonathan Maberry is a New York Times bestselling and five-time Bram Stoker Award-winning author. His V-Wars series has been adapted by Netflix airing later this year, and his work for Marvel Comics includes The Punisher, Wolverine, DoomWar, Marvel Zombie Return and Black Panther. His Joe Ledger series has been optioned for television. He is also the creator of V Wars, soon to be a television show on Netflix.

The Spawn of Lilith (Paperback)