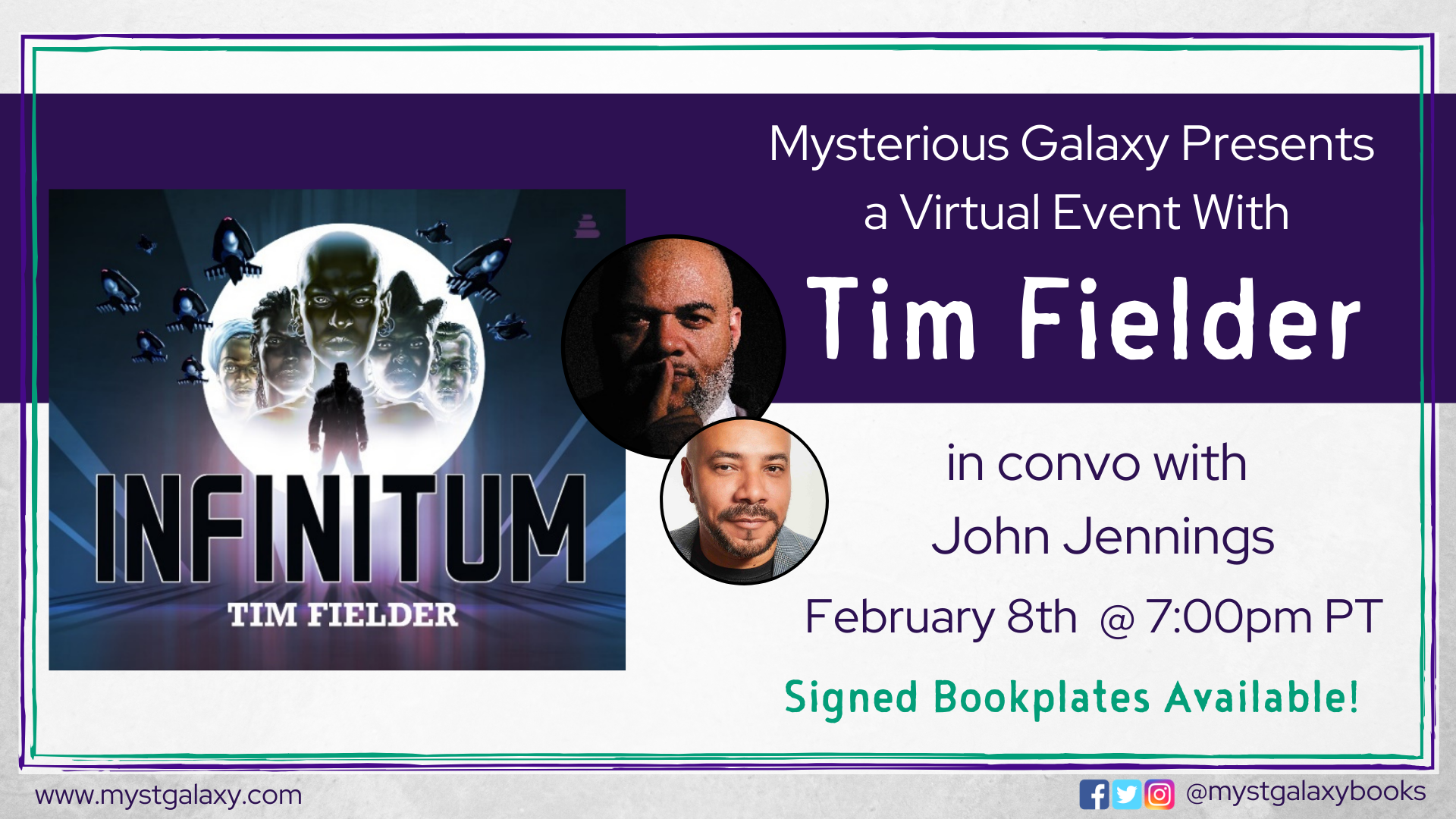 Event date:
Monday, February 8, 2021 - 7:00pm
How to join our Livestream
Our livestreams are hosted on Crowdcast! To view and register for the event click here!
View our virtual event code of conduct here. Please note that it applies to all attendees, authors, and moderators and is to ensure our event spaces stay a positive, welcoming place for respectful discussions and multiple perspectives.
How to Order a Signed Bookplate
With the purchase of the author's book at checkout under “Order Comments” write if you would like a signed bookplate. Please note that it may be up to several business weeks after the order deadline for you to receive your bookplate. Thank you for understanding!
About the Author
TIM FIELDER is an illustrator, cartoonist, and animator raised in Clarksdale, Mississippi. He is the founder of Dieselfunk Studios, a multimedia storytelling company. He is also an educator for institutions such as the New York Film Academy and Howard University. Tim has served clients such as Marvel, Tri-Star Pictures, Ubisoft Entertainment, and The Village Voice, and is known for his TEDx Talk on Afrofuturism. His work has been showcased in the Hammonds House Museum and he won the 2018 Glyph Award. He attended Jackson State University, School of Visual Arts, and New York University.
JOHN JENNINGS is a Professor of Media and Cultural Studies at the University of California at Riverside (UCR). Professor Jennings received his MA in Art Education in 1995 and the MFA in Studio with a focus on Graphic Design in 1997 from UIUC. He is an interdisciplinary scholar who examines the visual culture of race in various media forms including film, illustrated fiction, and comics and graphic novels. Jennings is also a curator, graphic novelist, editor, and design theorist whose research interests include the visual culture of Hip Hop, Afrofuturism and politics, Visual Literacy, Horror and the EthnoGothic, and Speculative Design and its applications to visual rhetoric. Jennings is co-editor of the Eisner Award winning collection The Blacker the Ink: Constructions of Black Identity in Comics and Sequential Art (Rutgers) and co-founder/organizer of The Schomburg Center's Black Comic Book Festival in Harlem. He is co-founder and organizer of the MLK NorCal's Black Comix Arts Festival in San Francisco and also SOL-CON: The Brown and Black Comix Expo at the Ohio State University. Jennings' current projects include the graphic novel adaptation of Octavia Butler's Kindred (with Damian Duffy), Tony Medina's police brutality themed ghost story I Am Alphonso Jones (with Stacey Robinson), and his Hoodoo Noir graphic novella Blue Hand Mojo (Rosarium Publishing). Jennings is also a Nasir Jones Hip Hop Studies Fellow at the Hutchins Center at Harvard University.

Blackjack: There Came A Dark Hunter: The Further Adventures of Arron Day (Paperback)

Parable of the Sower: A Graphic Novel Adaptation (Hardcover)

After the Rain (Hardcover)

I Am Alfonso Jones (Paperback)

The Blacker the Ink: Constructions of Black Identity in Comics and Sequential Art (Paperback)

Black Kirby: In Search of the MotherBoxx Connection (Paperback)