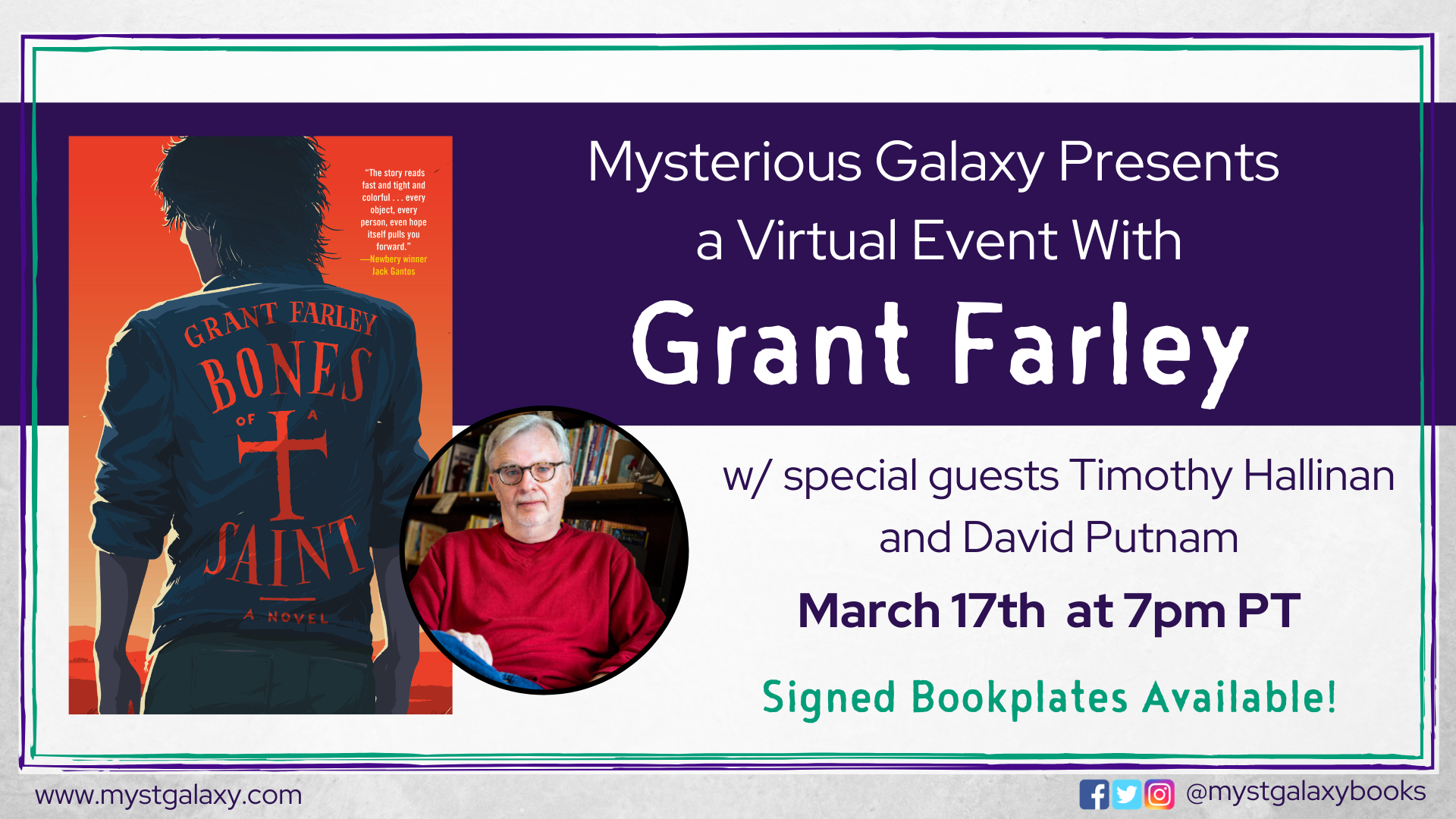 Event date:
Wednesday, March 17, 2021 - 7:00pm
How to join our Livestream
Our livestreams are hosted on Crowdcast! To view and register for the event click here!
View our virtual event code of conduct here. Please note that it applies to all attendees, authors, and moderators and is to ensure our event spaces stay a positive, welcoming place for respectful discussions and multiple perspectives.
Special Giveaway!
With your purchase of Bones of a Saint you'll get a signed bookplate!
About the Authors
Grant Farley worked as an English teacher for over twenty-five years and has taught at a Santa Monica alternative school, a barrio junior high, and a Marine Science magnet in San Pedro. All the while, he worked on Bones of a Saint, and excerpts of the book have appeared in various literary magazines and been showcased at a number of writers' conferences. Then one day his awesome wife insisted that he retire, which is when RJ’s story really took off. Now he writes full-time from his home in Los Angeles, CA and volunteers at a lighthouse. Bones of a Saint is his debut novel.
Timothy Hallinan is the Edgar- and Macavity-nominated author of the Poke Rafferty thriller series and the Junior Bender mystery series. After years of working in Hollywood, television, and the music industry, he now writes full time. He divides his time between California and Thailand. Visit his website.
During his career in law enforcement, best-selling author David Putnam has done it all: worked in narcotics, violent crimes, criminal intelligence, hostage rescue, SWAT, and internal affairs, to name just a few. He is the recipient of many awards and commendations for heroism. The Ruthless is the eighth novel in the best-selling Bruno Johnson Crime Series, following The Disposables, The Replacements, The Squandered, The Vanquished, The Innocents, The Reckless, and The Heartless. Putnam lives in the Los Angeles area with his wife, Mary.

Bones of a Saint (Hardcover)