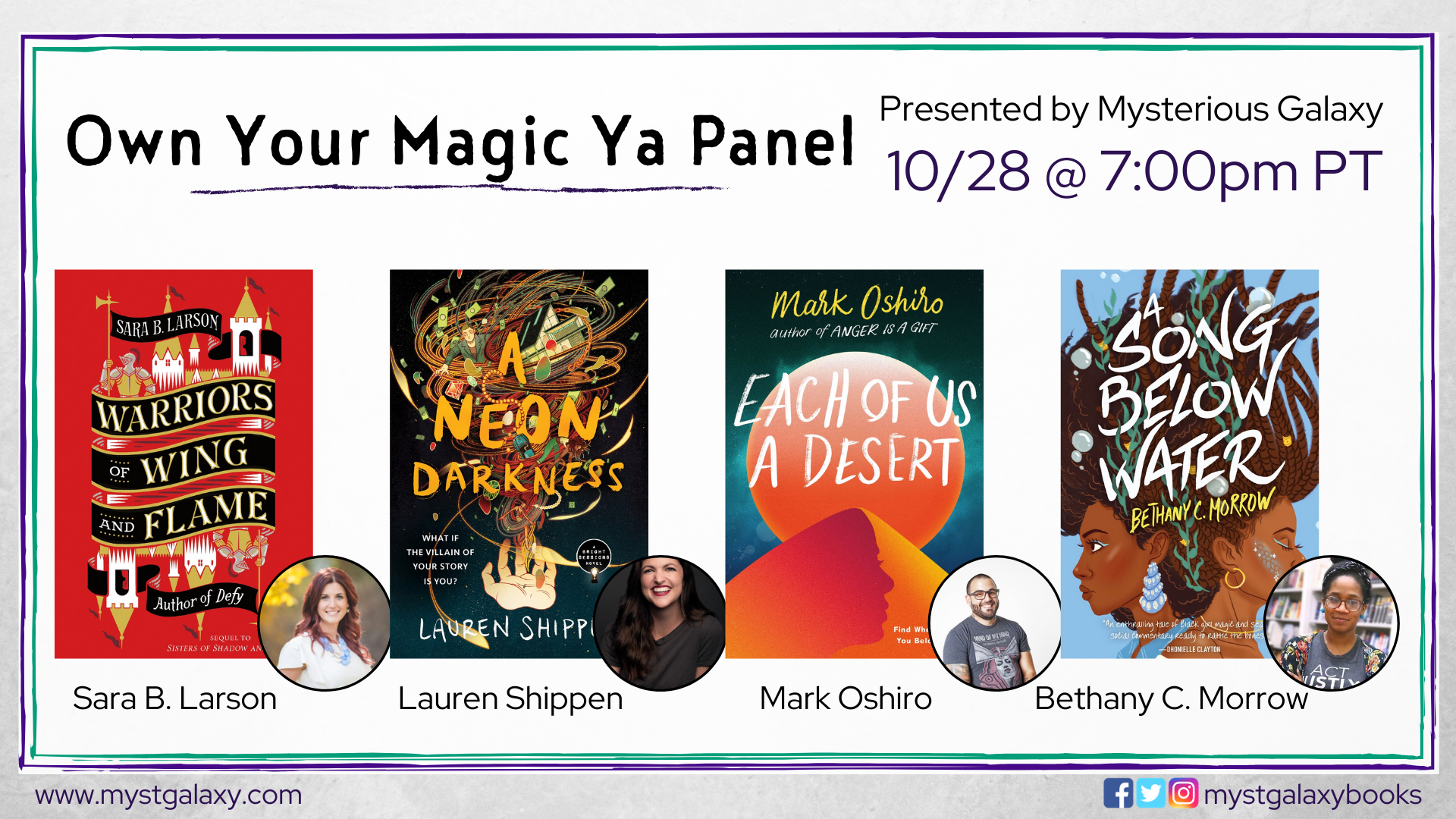 Event date:
Wednesday, October 28, 2020 - 7:00pm
How to join our Livestream
Our livestreams are hosted on Crowdcast! To view and register for the event click here!
View our virtual event code of conduct here. Please note that it applies to all attendees, authors, and moderators and is to ensure our event spaces stay a positive, welcoming place for respectful discussions and multiple perspectives.
How to Order a Signed/Personalized Bookplate from the Authors
At checkout under “Order Comments” write if you would like a signed or personalized bookplate and to whom it should be personalized. Personalization requests are due one week after the event. Please note that it may be up to several business weeks after the order deadline for you to receive your bookplate. Thank you for understanding!
About the Authors
SARA B. LARSON is the bestselling and critically acclaimed author of the YA fantasy Defy trilogy and the Dark Breaks the Dawn duology. She lives in Utah with her husband, their four children, and their Maltese, Loki. When she’s not mothering or writing, you can often find her at the gym repenting for her sugar addiction.
LAUREN SHIPPEN, author of The Infinite Noise, is a writer best known for her work in fiction podcasts. She is the creator and sole writer of the popular audio drama, The Bright Sessions. She also wrote MARVELS, an audio adaptation of the popular comic, released in 2019 by Marvel and Stitcher. Lauren was named one of Forbes's 2018 30 Under 30 in Media and one of MovieMaker Magazine's and Austin Film Festival’s 25 Screenwriters to Watch. She was born in New York City and grew up in Bronxville, New York. She currently lives in Los Angeles.
MARK OSHIRO is the Hugo-nominated writer of the online Mark Does Stuff universe (Mark Reads and Mark Watches), where they analyze book and TV series. Their debut novel, Anger Is a Gift, was a recipient of the Schneider Family Book Award for 2019. Their lifelong goal is to pet every dog in the world.
A California native, BETHANY C. MORROW has lived in Montreal, Quebec for several years before settling in northcountry New York. She graduated from the University of California, Santa Cruz with a BA in Sociology, and studied Clinical Psychological Research at the University of Wales, Bangor before focusing on her writing. She is also the editor of the forthcoming young adult anthology Take the Mic (Arthur A. Levine Books).Twitter: @BCMorrow

Each of Us a Desert (Hardcover)

A Song Below Water: A Novel (Hardcover)