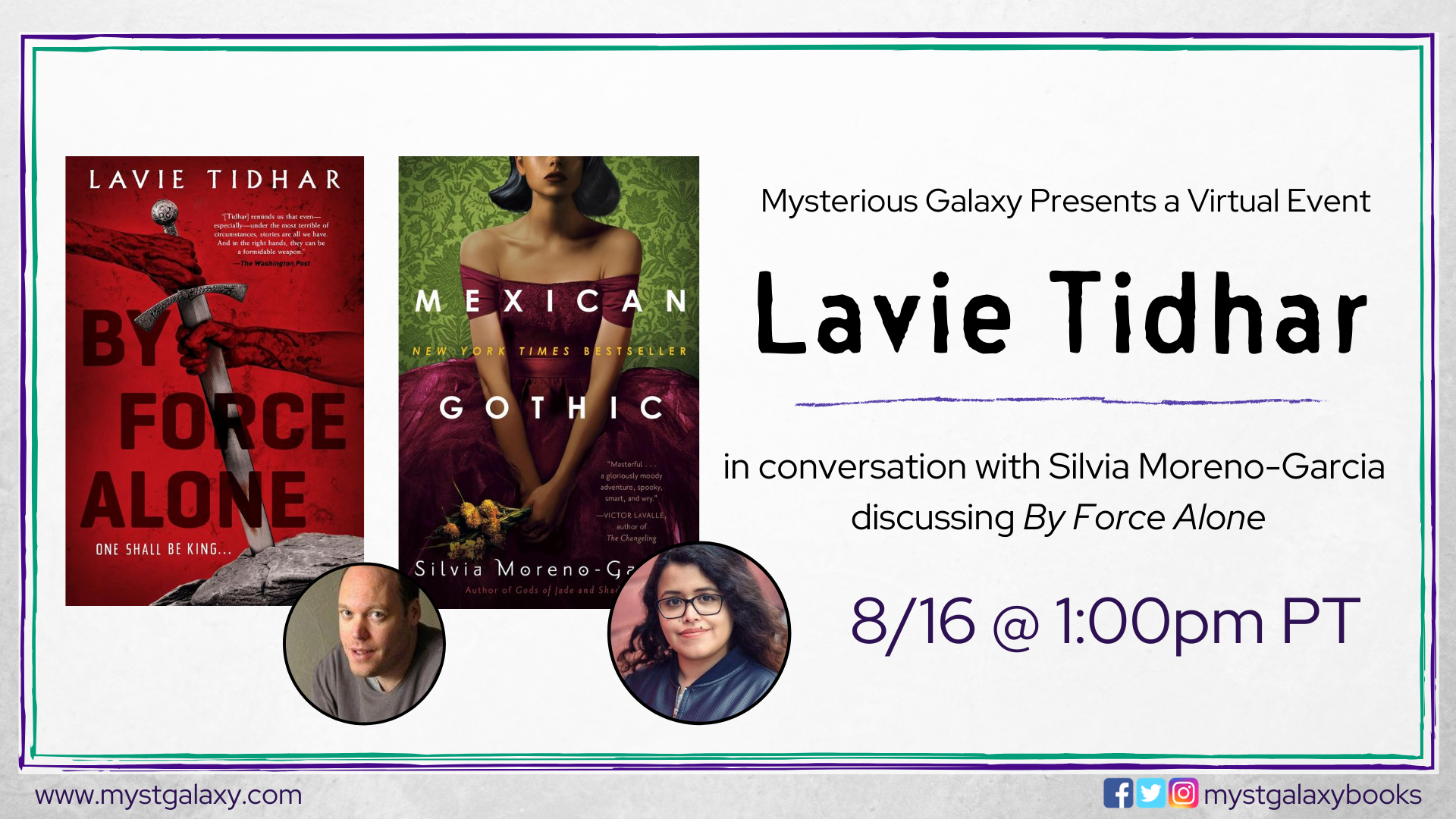 Event date:
Sunday, August 16, 2020 - 1:00pm
Join us and Lavie Tidhar to celebrate his new book By Force Alone, a savage and cutting epic fantasy, equally poetic and profane that is at once a timely political satire, a magical adventure, and a subversive masterwork. Lavie will be in conversation with staff pick author Silvia Moreno-Garcia!
How to join our Livestream
Our livestreams are hosted on Crowdcast! To view and register for the event click here!
About the Authors
Lavie Tidhar is author of Osama, The Violent Century, A Man Lies Dreaming, Central Station, and Unholy Land, as well as the Bookman Histories trilogy. His latest novels are By Force Alone, children’s book The Candy Mafia and comics mini-series Adler. His awards include the World Fantasy Award, the British Fantasy Award, the John W. Campbell Award, the Neukom Prize and the Jerwood Fiction Uncovered Prize.
Silvia Moreno-Garcia is the author of Gods of Jade and Shadow, named one of the best books of summer 2019 by Publishers Weekly; Signal to Noise, named one of the best books of the year by Book Riot, Tordotcom, BuzzFeed, io9, and other publications; Certain Dark Things, one of NPR’s best books of the year, a Publishers Weekly top ten, and a VOYA “Perfect Ten”; the fantasy of manners The Beautiful Ones; and the science fiction novella Prime Meridian. She has also edited several anthologies, including the World Fantasy Award-winning She Walks in Shadows (aka Cthulhu’s Daughters). She lives in Vancouver, British Columbia.
How to Order a Signed Bookplate for By Force Alone and Mexican Gothic
At checkout under “Order Comments” write if you would like a signed bookplate.
Please note that it may be up to several business weeks after the order deadline for you to receive your bookplate. Thank you for understanding!