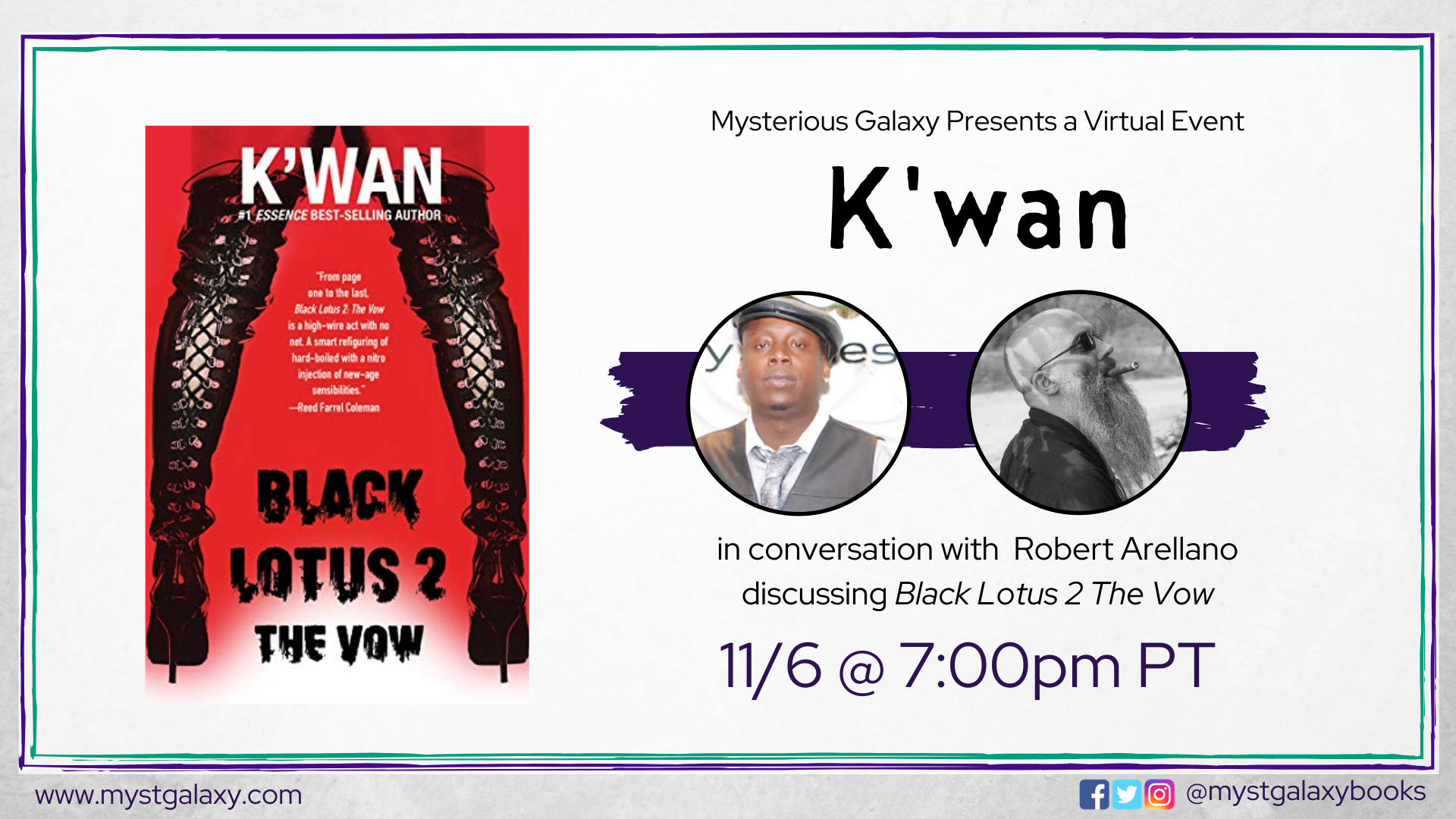 Event date:
Friday, November 6, 2020 - 7:00pm
How to join our Livestream
Our livestreams are hosted on Crowdcast! To view and register for the event click here!
View our virtual event code of conduct here. Please note that it applies to all attendees, authors, and moderators and is to ensure our event spaces stay a positive, welcoming place for respectful discussions and multiple perspectives.
How to Order a Signed/Personalized Bookplate for Black Lotus 2
With the purchase of the author's book at checkout under “Order Comments” write if you would like a signed or personalized bookplate and to whom it should be personalized. Personalization requests are due one week after the event. Please note that it may be up to several business weeks after the order deadline for you to receive your bookplate. Thank you for understanding!
About the Authors
K’WAN is the best-selling, award-winning author of more than thirty novels, including the wildly popular Animal series, Black Lotus, Gangsta, Road Dawgz, Street Dreams, Hoodlum, and Section 8. He has been featured in Vibe, King, Entertainment Weekly, and Time magazine. K’wan was the recipient of the 2012 and 2013 Street Lit Book Award Medals (SLBAM) in adult fiction for Eviction Notice and Animal. His credits also include featured commentary in the documentary Iceberg Slim: Portrait of a Pimp (produced by Ice-T) as well as a recurring role as an analyst on TV One’s Celebrity Crime Files. K’wan resides in New Jersey, where he spends his time writing, cooking, and binge-watching reruns of The Vampire Diaries with his teenage daughters.
Robert Arellano is the author of five novels from Akashic Books, most recently the Cuban noir Havana Libre. He created the Internet’s first hypertext novel, Sunshine ’69, and wrote the story for a graphic-novel anthology from Soft Skull Press, Dead in Desemboque. He is a professor in the Oregon Center for the Arts at Southern Oregon University.