Virtual Event - An Evening with R.L. Stine and James Murray 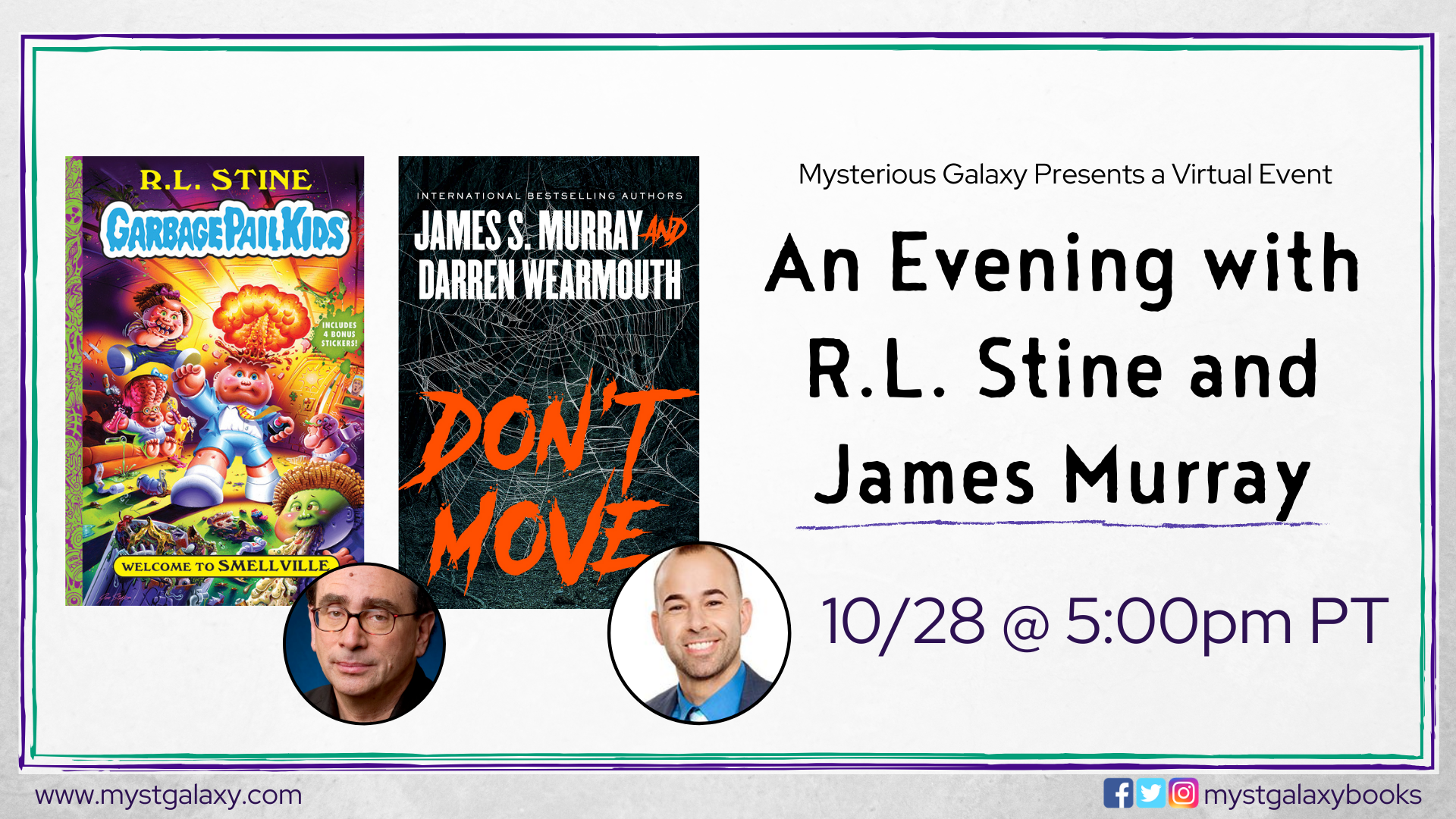 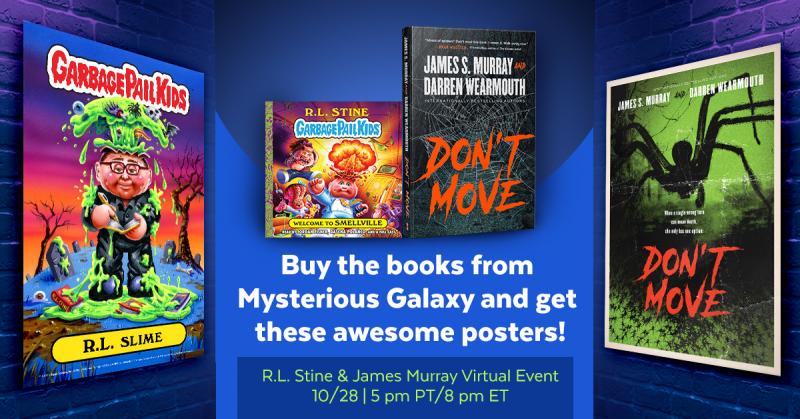 About the Authors
R.L. Stine has more than 400 million English-language books in print, plus international editions in thirty-two languages, making him one of the most popular children’s authors of all time. Besides Goosebumps, he has written series including Fear Street, Rotten School, Mostly Ghostly, The Nightmare Room, Dangerous Girls, and Just Beyond. Stine lives in New York City with his wife, Jane, an editor and publisher. The Topps Company, Inc., originator of Garbage Pail Kids, Mars Attacks, and Bazooka Joe brands, was founded in 1938 and is the preeminent creator and marketer of physical and digital trading cards, entertainment products, and distinctive confectionary. Check out GPK via social media: #garbagepailkids, facebook.com/GarbagePailKids, garbagepailkids.com. Jeff Zapata has worked on comic books and trading cards for more than twenty-five years, including thirteen gross, memorable ones as an editor, art director, and artist on Garbage Pail Kids and other brands at the Topps Company. Joe Simko is an artist known for his happy-horror style. He is one of the premiere Garbage Pail Kids illustrators for the Topps Company and lives in New York City with his wife, son, dog, and many, many boxes of cereal.
JAMES S. MURRAY is a writer, executive producer, and actor, best known as "Murr" on the hit television show Impractical Jokers along with his comedy troupe, The Tenderloins. He has worked as the Senior Vice President of Development for NorthSouth Productions for over a decade and is the owner of Impractical Productions, LLC. He recently starred in Impractical Jokers: The Movie, and also appears alongside the rest of The Tenderloins, and Jameela Jamil, in the television series The Misery Index on TBS.