Neal Griffin Virtual Event for The Burden of Truth 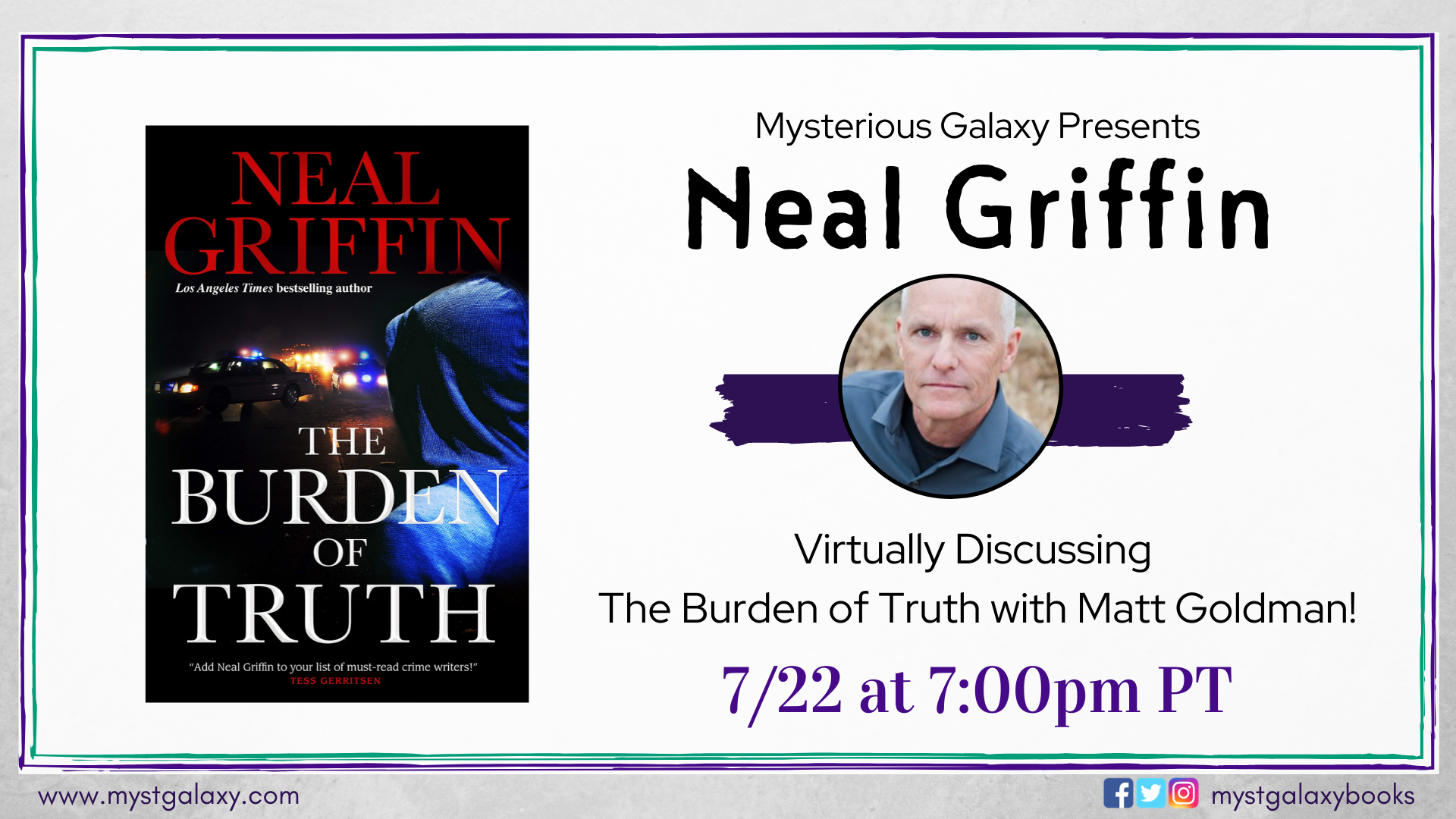 Event date:
Wednesday, July 22, 2020 - 7:00pm
Celebrate Neal Griffin's The Burden of Truth with us and special guest host Matt Goldman! Neal paints a vivid portrait of a young man trying to avoid gang life in this compelling standalone novel drawn from his experiences as a police officer.
About the Author
NEAL GRIFFIN is the author of Benefit of the Doubt, A Voice From the Field, and By His Own Hand. As a police officer, Griffin was Tactical Operations Team Leader, Narcotics Investigator, and Supervisor of a Homicide Unit. He's written about police ethics and the relationship between police and the communities they serve. Now retired, Griffin lives in southern California with his wife, Olga Diaz; they recently bought a cabin in Wisconsin, not far from the Twin Cities.
Neal will be in conversation with New York Times bestselling author MATT GOLDMAN who is a playwright and Emmy Award-winning television writer for Seinfeld, Ellen, and other shows. He brings his signature storytelling abilities and light touch to the Nils Shapiro series, which started with his debut novel Gone to Dust. Goldman has been nominated for the Shamus and Nero Wolfe Awards and is a Lariat Award Winner. He lives in Minnesota with his wife, two dogs, two cats, and whichever children happen to be around.
How to join our Livestream
The livestream can be viewed on the Facebook event page under the discussion tab. If you can’t make the livestream, you can watch the recording on the same page!
How to Order a Signed/Personalized Book
At checkout under “Order Comments” write if you would like a signed or personalized book and to whom it should be personalized. Personalization requests are due one week after the event.
Please note that it may be up to several business weeks after the order deadline for you to receive your book. Thank you for understanding!

The Burden of Truth (Hardcover)