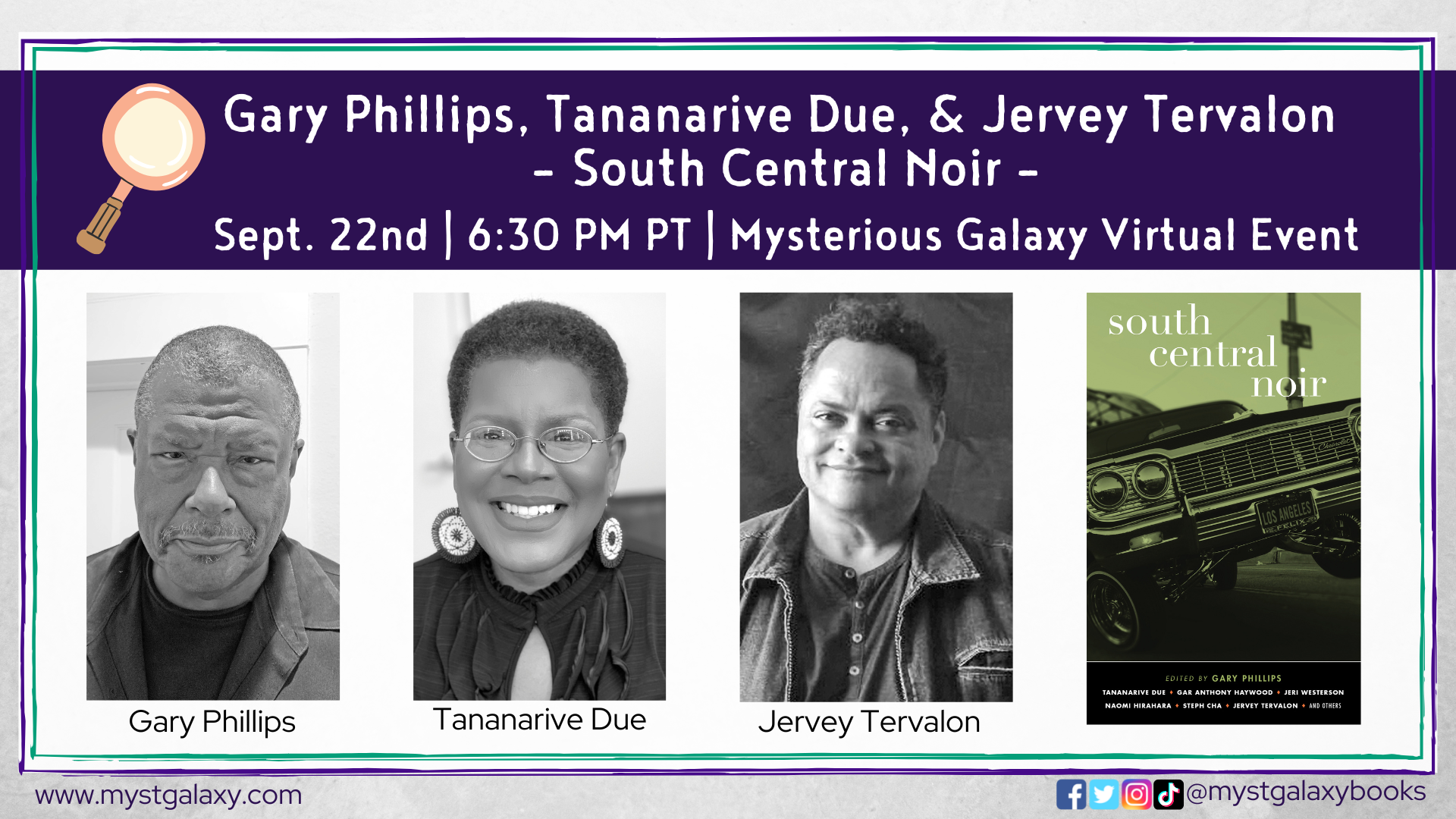 How to Order a Signed bookplates* from Gary Phillips, Tananarive Due, and Jervey Tervalon

About the Authors
GARY PHILLIPS has published novels, comics, and short stories, and edited numerous anthologies. VIOLENT SPRING, first published in 1994, was named one of the essential crime novels of Los Angeles. CULPRITS, a linked anthology he coedited, has been optioned as a British miniseries, and he was a staff writer on FX’s SNOWFALL about crack and the CIA in 1980s South Central, where he grew up.

TANANARIVE DUE is an American Book Award–winning author who teaches Black horror and Afrofuturism at UCLA. She has published several books including the novels MY SOUL TO KEEP and THE GOOD HOUSE, and the collection GHOST SUMMER: STORIES. She was an executive producer on Shudder’s HORROR NOIRE: A HISTORY OF BLACK HORROR. She and husband Steven Barnes cowrote an episode of THE TWILIGHT ZONE for Jordan Peele and two segments in Shudder’s HORROR NOIRE anthology film.

JERVEY TERVALON was born in New Orleans, raised in Los Angeles, and got his MFA in creative writing from UC, Irvine. He is the author of six books including UNDERSTAND THIS, for which he won the Quality Paperback Book Club’s New Voices Award. Currently he is the executive director of Literature for Life, an educational advocacy organization, and creative director of the Pasadena LitFest. His latest novel is MONSTER’S CHEF.

About SOUTH CENTRAL NOIR
The Akashic Noir Series' forensic study of Southern California sharpens its focus on one of Los Angeles's most recognized neighborhoods.

From the Introduction by Gary Phillips

"Within these pages you'll find stories of those walking the straight and narrow--until something untoward happens. Maybe it's someone taking a step out of line, getting caught up in circumstances spiraling out of their control. Maybe they're planning the grift, the grab . . . whatever it is to finally put them over. Other times the steps they take are to get themselves or people they care about out from under. You'll find the offerings in these pages are a rich mix of tone--tales told of hope, survival, revenge, and triumph. Excursions beyond the headlines and the hype.

The settings herein reflect South Central today or chronicle its colorful past, such as the days of the jazz joints along Central Avenue . . . From South Park to East Martin Luther King Jr. Boulevard, from the borderlands of Watts to the one-time Southern Pacific railroad tracks paralleling Slauson Avenue, take a tour of a section of Los Angeles that may be unfamiliar to you but you will get to know, at least a little, by the time you finish reading this entertaining and engaging anthology."

Matthew Henson and the Ice Temple of Harlem (Paperback)

The Between: A Novel (Paperback)

All the Trouble You Need: A Novel (Paperback)