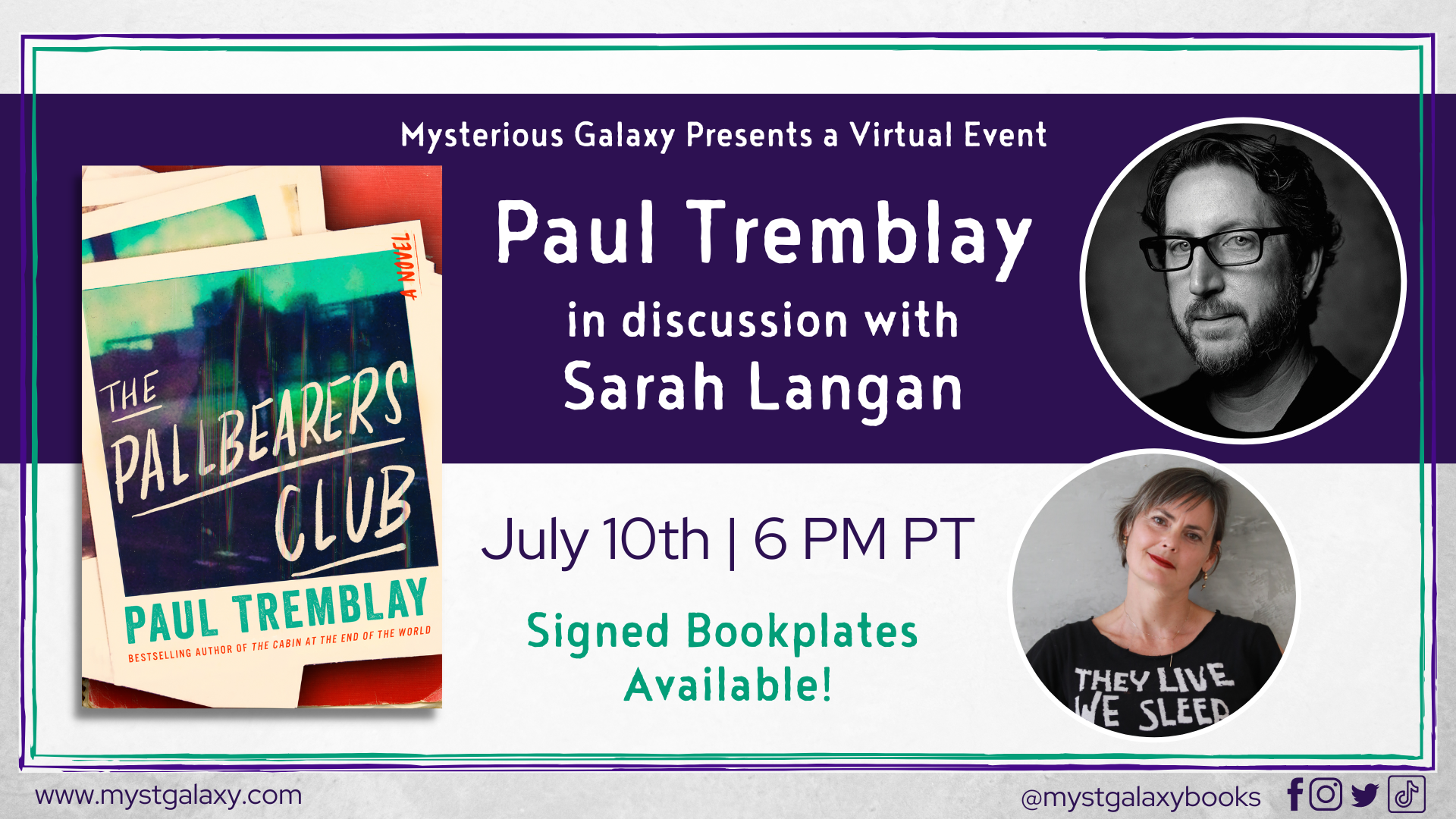 How to Order a Signed Bookplate* by Paul Tremblay

*A bookplate is essentially a signed sticker that is separate from the book itself, meaning that the book is not directly signed.  Once you receive your bookplate, you are free to affix it to your book, or wherever you see fit to do so.

About the Author
PAUL TREMBLAY has been the recipient of the Bram Stoker, British Fantasy, and Massachusetts Book Awards and is the author of SURVIVOR SONG, GROWING THINGS AND OTHER STORIES, THE CABIN AT THE END OF THE WORLD, DISAPPEARANCE AT DEVIL’S ROCK, A HEAD FULL OF GHOSTS, and the crime novels THE LITTLE SLEEP and NO SLEEP TILL WONDERLAND. He lives outside Boston with his family.

SARAH LANGAN is an award-winning novelist and screenwriter. Her most recent novel, GOOD NEIGHBORS (S&S 2021), was a B&N Book of the Month selection, an Amazon readers' choice, an Apple must-listen, and got raves from EW, People, Newsweek, AARP, the ALA, and according to Gabino Iglesias at NPR, is "One of the creepiest, most unnerving deconstructions of American suburbia I've ever read." Her next novel, Mom's Night Out, will be released by S&S in Spring, 2024. She lives in Los Angeles with her husband, the writer/director JT Petty, their two daughters, a hamster, a tarantula, and a maniac rabbit.

About THE PALLBEARERS CLUB
What if the coolest girl you’ve ever met decided to be your friend?

Art Barbara was so not cool. He was a seventeen-year-old high school loner in the late 1980s who listened to hair metal, had to wear a monstrous back-brace at night for his scoliosis, and started an extracurricular club for volunteer pallbearers at poorly attended funerals. But his new friend thought the Pallbearers Club was cool. And she brought along her Polaroid camera to take pictures of the corpses.

Okay, that part was a little weird.

So was her obsessive knowledge of a notorious bit of New England folklore that involved digging up the dead. And there were other strange things – terrifying things – that happened when she was around, usually at night. But she was his friend, so it was okay, right?

Decades later, Art tries to make sense of it all by writing The Pallbearers Club: A Memoir. But somehow this friend got her hands on the manuscript and, well, she has some issues with it. And now she’s making cuts.

Seamlessly blurring the lines between fiction and memory, the supernatural and the mundane, The Pallbearers Club is an immersive, suspenseful portrait of an unusual and disconcerting relationship.

The Pallbearers Club: A Novel (Hardcover)

A Head Full of Ghosts: A Novel (Paperback)

When Things Get Dark: Stories inspired by Shirley Jackson (Hardcover)

No Sleep Till Wonderland: A Novel (Mark Genevich series #2) (Paperback)

When Things Get Dark (Paperback)