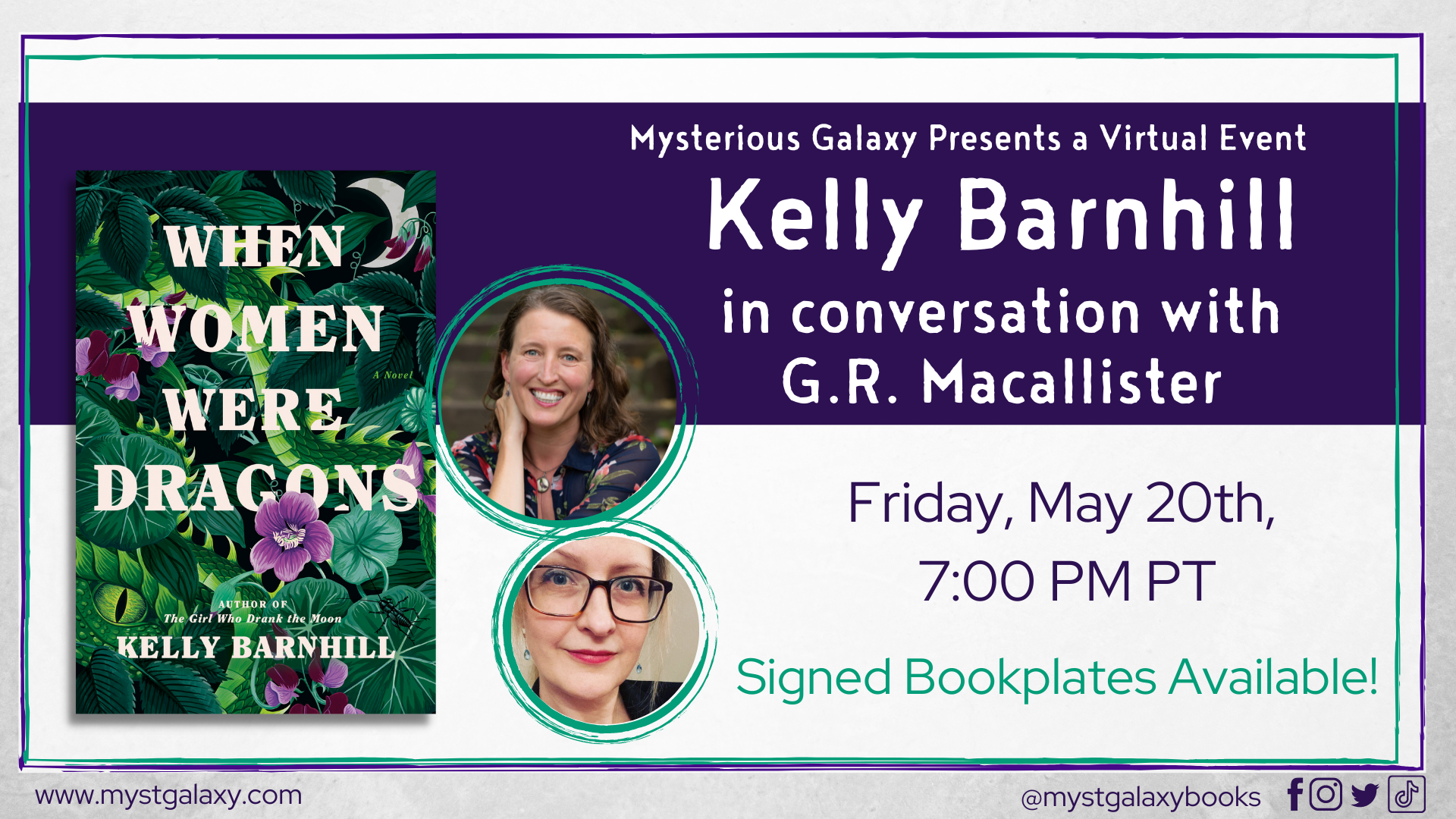 How to Order a Signed Bookplate from Kelly Barnhill

*A bookplate is essentially a signed sticker that is separate from the book itself, meaning that the book is not directly signed.  Once you receive your bookplate, you are free to affix it to your book, or keep it separate.*

KELLY BARNHILL has written several middle grade novels, including THE GIRL WHO DRANK THE MOON, a NEW YORK TIMES bestseller and winner of the 2017 John Newbery Medal. She is also the recipient of the World Fantasy Award, and has been a finalist for the SFWA Andre Norton Nebula Award and the PEN America Literary Award. She lives in Minneapolis with her family.

G.R. MACALLISTER, author of the Five Queendoms series, also writes bestselling historical fiction under the name Greer Macallister. Her novels have been named Indie Next, LibraryReads, and Amazon Best Book of the Month picks and optioned for film and television. A regular contributor to WRITER UNBOXED and the CHICAGO REVIEW OF BOOKS, she lives with her family in Washington, DC. SCORPICA is her epic fantasy debut.

About WHEN WOMEN WERE DRAGONS

Alex Green is a young girl in a world much like ours, except for its most seminal event: the Mass Dragoning of 1955, when hundreds of thousands of ordinary wives and mothers sprouted wings, scales, and talons; left a trail of fiery destruction in their path; and took to the skies. Was it their choice? What will become of those left behind? Why did Alex’s beloved aunt Marla transform but her mother did not? Alex doesn’t know. It’s taboo to speak of.

Forced into silence, Alex nevertheless must face the consequences of this astonishing event: a mother more protective than ever; an absentee father; the upsetting insistence that her aunt never even existed; and
watching her beloved cousin Bea become dangerously obsessed with the forbidden.

When Women Were Dragons: A Novel (Hardcover)

The Ogress and the Orphans (Hardcover)