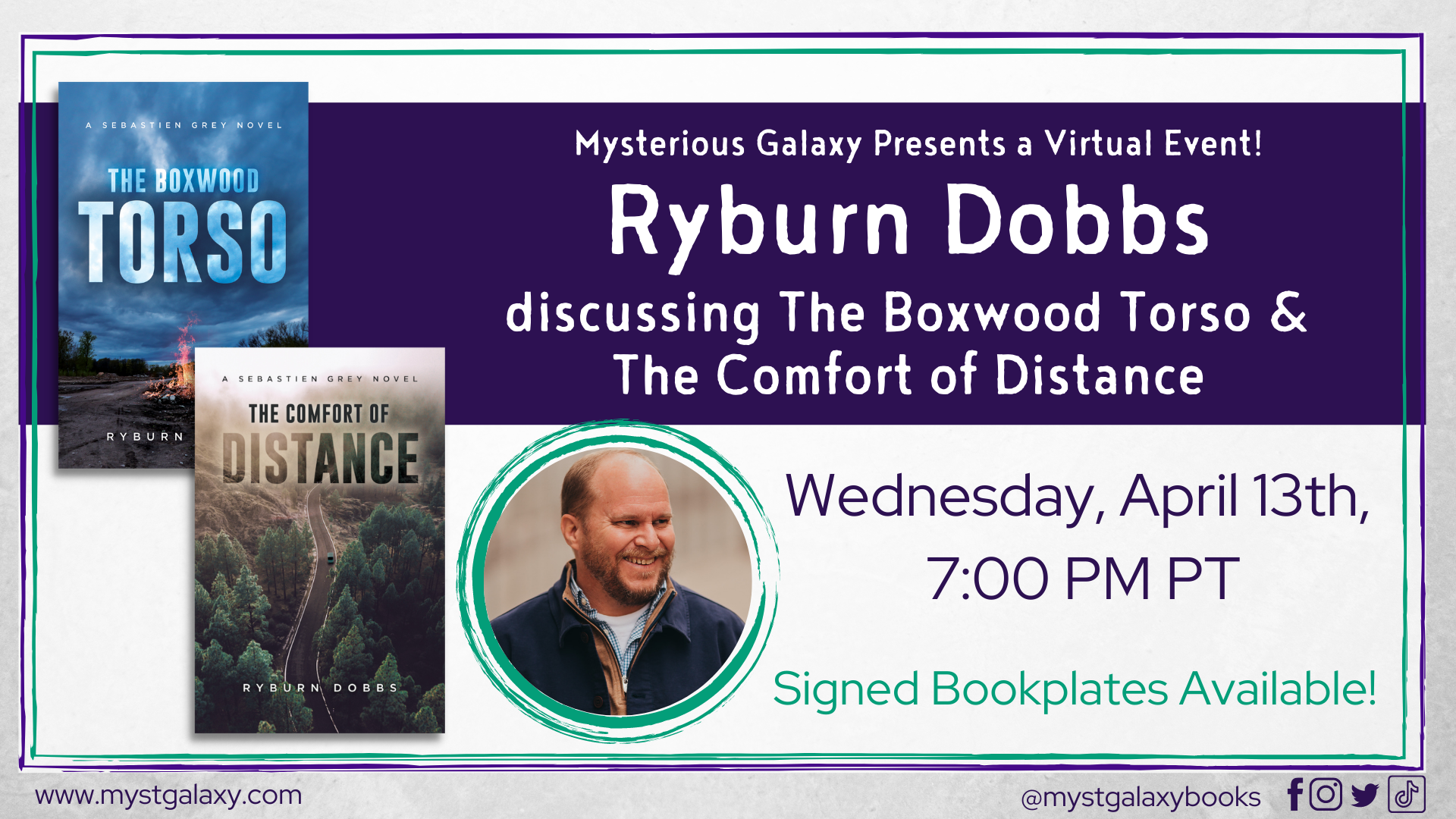 Event date:
Wednesday, April 13, 2022 - 7:00pm
Ryburn Dobbs discusses The Boxwood Torso & The Comfort of Distance - A Virtual Event
Mysterious Galaxy's virtual events are hosted on Crowdcast. Click here to register for the event and here to view our virtual code of conduct. Accessibility: Real-time captioning for all Crowdcast events is available via Google Chrome. For enabling captions, please follow this guide. More info here.
How to Order a Signed Bookplate from Ryburn Dobbs
*A bookplate is essentially a signed sticker that is separate from the book itself, meaning that the book is not directly signed.  Once you receive your bookplate, you are free to affix it to your book, or wherever you see fit to do so.*
About the Author

To learn more, go to: https://ryburndobbs.co

About his latest book, THE BOXWOOD TORSO

A skull in one place, a torso in another. Are they connected? Thirty years ago, the authorities didn't think so. But the ingenious forensic anthropologist Dr. Sebastien Grey is now on the case, and he believes they both belong to the same victim - an unidentified man who was shot, dismembered, scattered in two states and burned. But time is not the only thing standing in the way of the truth. A pair of professional rivals, a spy inside the sheriff's office and a local family with a dark secret are all obstacles to untying this murderous knot.

This second book in the Sebastien Grey series finds Dr. Grey once again in the Black Hills of South Dakota and teamed up with Tiffany Reese - a shrewd and tough detective who doubles as the love of his life and the only woman who can coax him out of his awkward social isolation. Will their relationship survive the pressure of high stakes cold case work?

The Comfort of Distance: A Sebastien Grey Novel (Paperback)