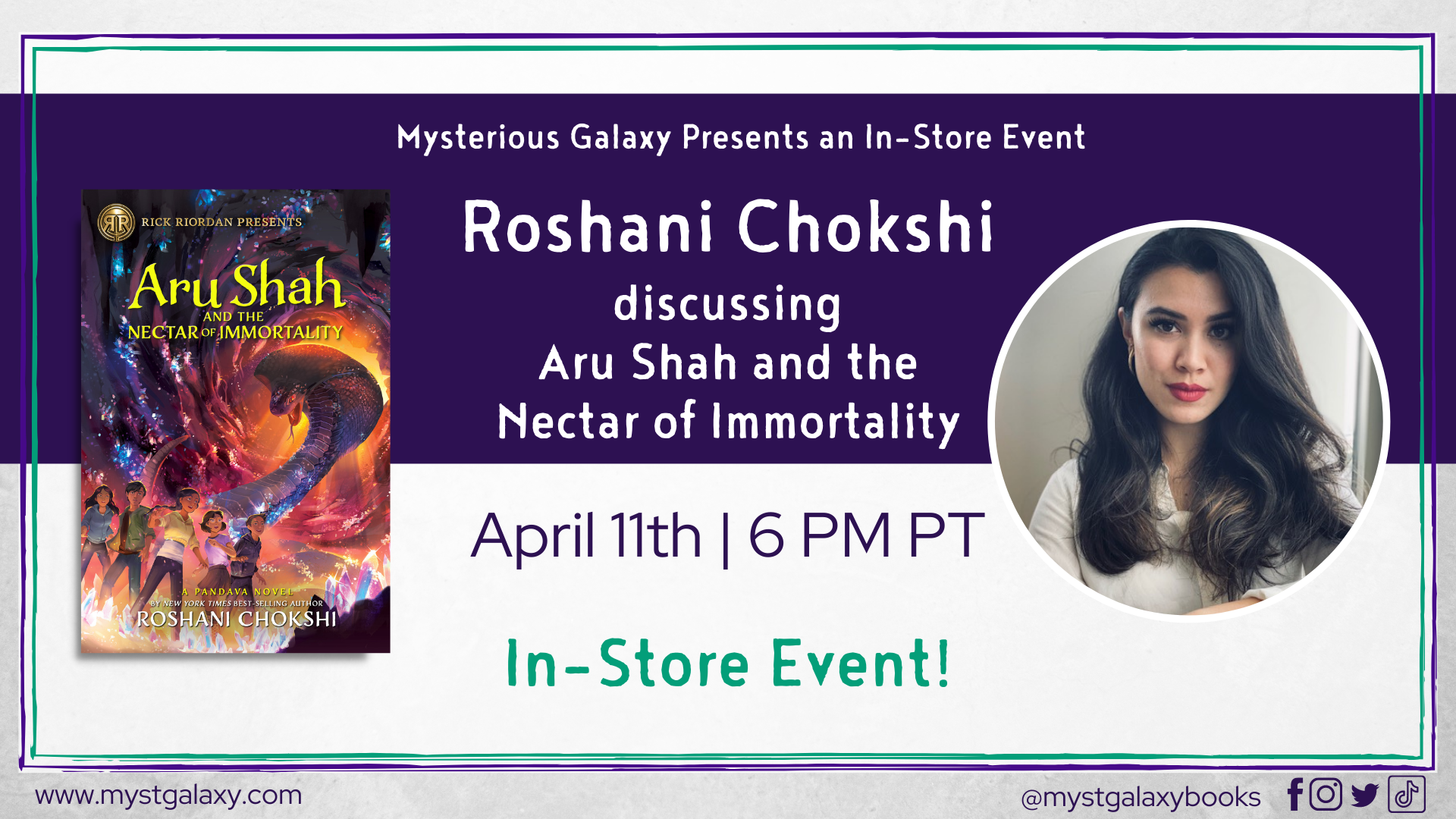 Roshani Chokshi discussing Aru Shah and the Nectar of Immortality

An In-Store Book Event and Signing!

This is an IN-STORE EVENT that will consist of a 30 minute discussion with the author followed by the book signing.

ROSHANI CHOKSHI is the award-winning author of the NEW YORK TIMES bestselling series THE STAR-TOUCHED QUEEN, THE GILDED WOLVES and ARU SHAH AND THE END OF TIME, which Time Magazine named one of the Top 100 Fantasy Books of All Time. Her novels have been translated into more than two dozen languages and often draw upon world mythology and folklore. Chokshi is a member of the National Leadership Board for the Michael C. Carlos Museum and lives in Georgia with her husband and their cat whose diabolical plans must regularly be thwarted.

About Aru Shah and the Nectar of Immortality

The Pandavas only have until the next full moon to stop the Sleeper from gaining access to the nectar of immortality, which will grant him infinite power. But how can Aru, Mini, and Brynne hope to defeat him without their celestial weapons? The Sleeper and his army are already plundering the labyrinth, and the sisters can't even enter. Their quest to get in will have them calling on old friends, meeting new allies, and facing fearsome trials, like...performing in a rock concert? When the moment of confrontation finally arrives, it's up to Aru to decide who deserves immortality, the devas or the asuras. The most unexpected answer will come from a most unexpected place.

The Gilded Wolves: A Novel (Paperback)

Once More Upon a Time (Hardcover)