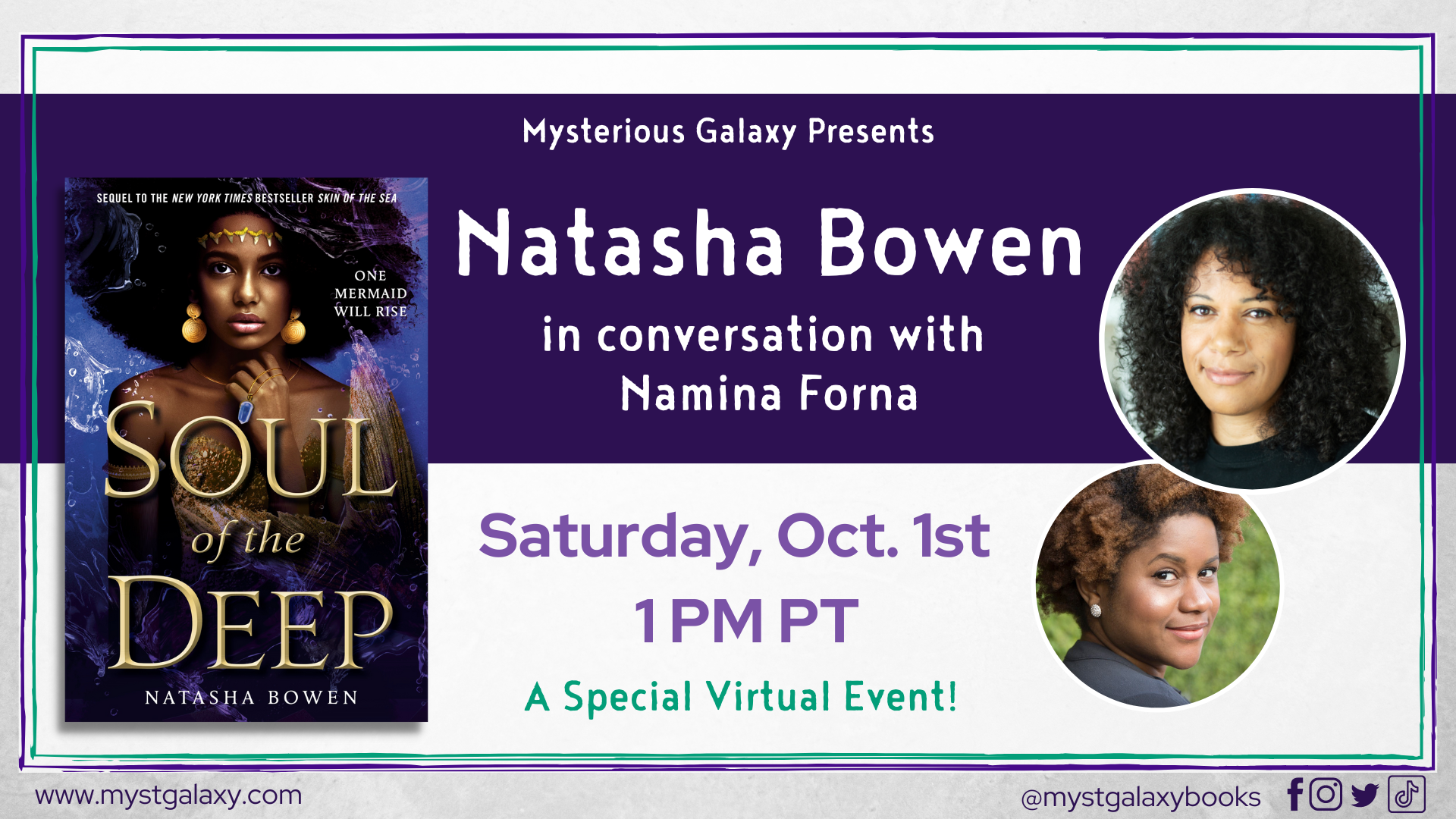 Natasha Bowen, in discussion with Namina Forna
A Virtual Event!

About the Authors
NATASHA BOWEN is a New York Times bestselling author, a teacher, and a mother of three children. She is of Nigerian and Welsh descent and lives in Cambridge, England, where she grew up. Natasha studied English and creative writing at Bath Spa University before moving to East London, where she taught for nearly ten years. She is obsessed with Japanese and German stationery and spends stupid amounts on notebooks, which she then features on her secret Instagram. When she's not writing, she's reading, watched over carefully by Milk and Honey, her cat and dog. Follow her on Twitter at @skinofthesea.

NAMINA FORNA is the author of the instant New York Times bestsellers The Gilded Ones and The Merciless Ones, the first two books in an epic fantasy trilogy. She has an MFA in film and TV production from USC School of Cinematic Arts and a BA from Spelman College. Originally from Sierra Leone, West Africa, she moved to the US when she was nine and has been traveling back and forth ever since. She now works as a screenwriter in Los Angeles and loves building fantastical worlds and telling stories with fierce female leads. Visit her on twitter at @NaminaForna and on Instagram at @namina.forna.

About SOUL OF THE DEEP

One life.
One choice.
One sacrifice.

To save those closest to her, Simi traded away everything: her freedom, her family, and the boy she loves. Now she is sworn to serve a new god, watching over the Land of the Dead at the bottom of the ocean.

But when signs of demons begin to appear, it’s clear there are deeper consequences of Simi’s trade. These demons spell the world’s ruin . . . and because of Simi, they now have a way into the human realm.

With the fate of the world at stake, Simi must break her promise and team up with a scheming trickster of a god. And if they succeed, perhaps Simi can also unbreak her heart along the way, and find herself again.

Soul of the Deep (Of Mermaids and Orisa #2) (Hardcover)

Skin of the Sea (Of Mermaids and Orisa #1) (Paperback)

The Gilded Ones #2: The Merciless Ones (Hardcover)

The Gilded Ones (Paperback)