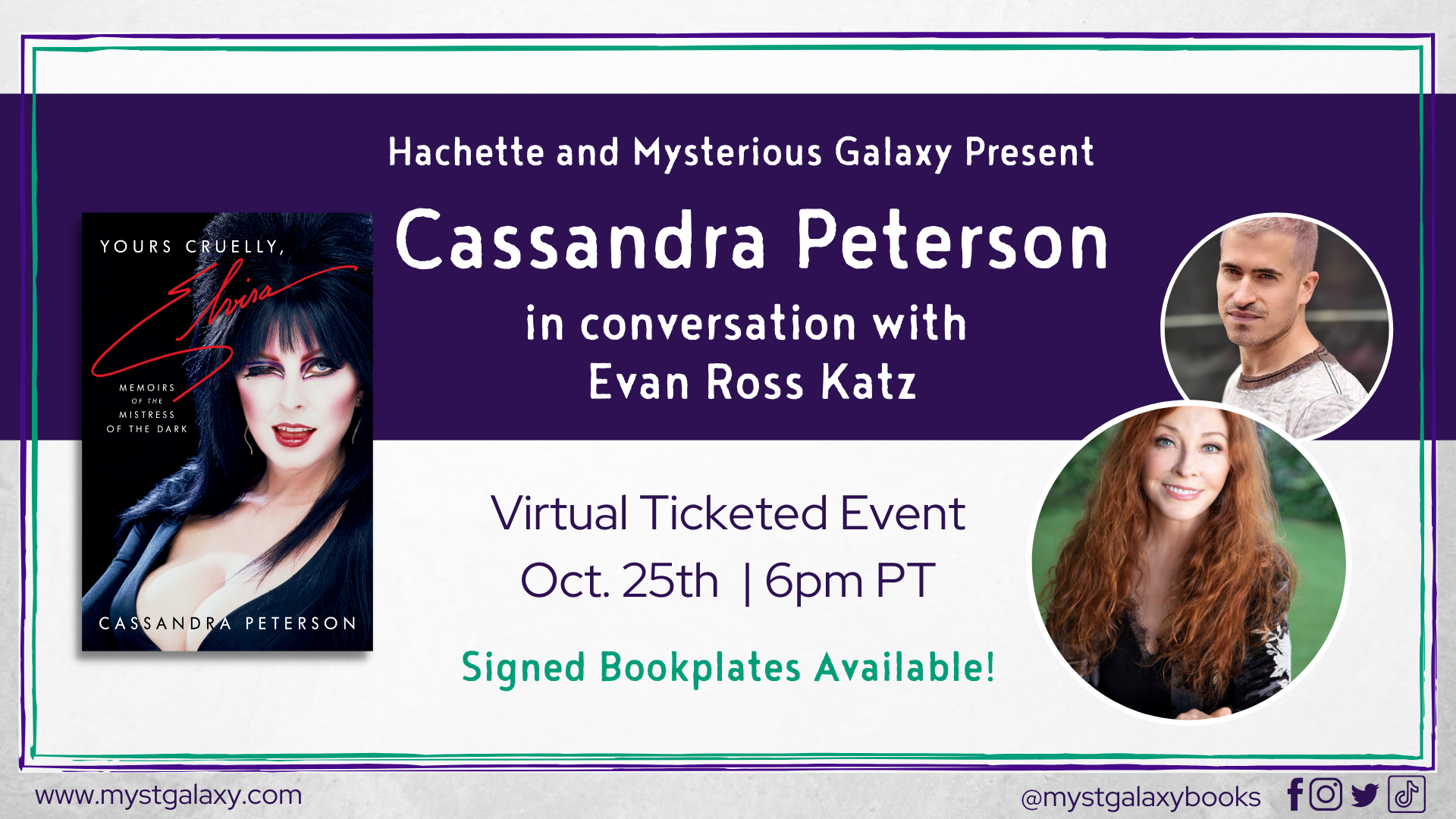 Event date:
Monday, October 25, 2021 - 6:00pm
Mysterious Galaxy is pleased to partner with Hachette in celebration of Yours Cruelly, Elvira. Join us for an evening with Cassandra Peterson as she discusses with Evan Ross Katz the tale of how she became Elvira!
TICKETED EVENT
Your Purchase of a tickete bundle includes:
About the Authors
Cassandra Peterson was born in Manhattan, Kansas and raised in Colorado Springs, Colorado. After years as a dancer/singer/actress/comedian, she created the character Elvira, which became an overnight success. In addition to hosting her long-running TV series Movie Macabre, Peterson went on to co-write and star in two self-titled feature films, Elvira, Mistress of the Dark and Elvira’s Haunted Hills. She has spent four decades solidifying her unique brand and building it into an internationally recognized pop culture icon synonymous with Halloween and the horror genre.
Evan Ross Katz is a writer, fashion columnist, podcast host, and high-pitched loudmouth whose works have appeared in the pages of GQ, Harper’s Bazaar, Interview Magazine, Rolling Stone, Oprah Magazine, Teen Vogue, Town & Country and more. He is best known as the world’s preeminent Sarah Michelle Gellar historian and a “die-hard Buffy aficionado,” according to Vogue, and for being blocked on Twitter by Kim Cattrall in 2017 (she has since unblocked him). He was selected as one of Fast Company’s Most Creative People in Business 2021.

Into Every Generation a Slayer Is Born: How Buffy Staked Our Hearts (Hardcover)