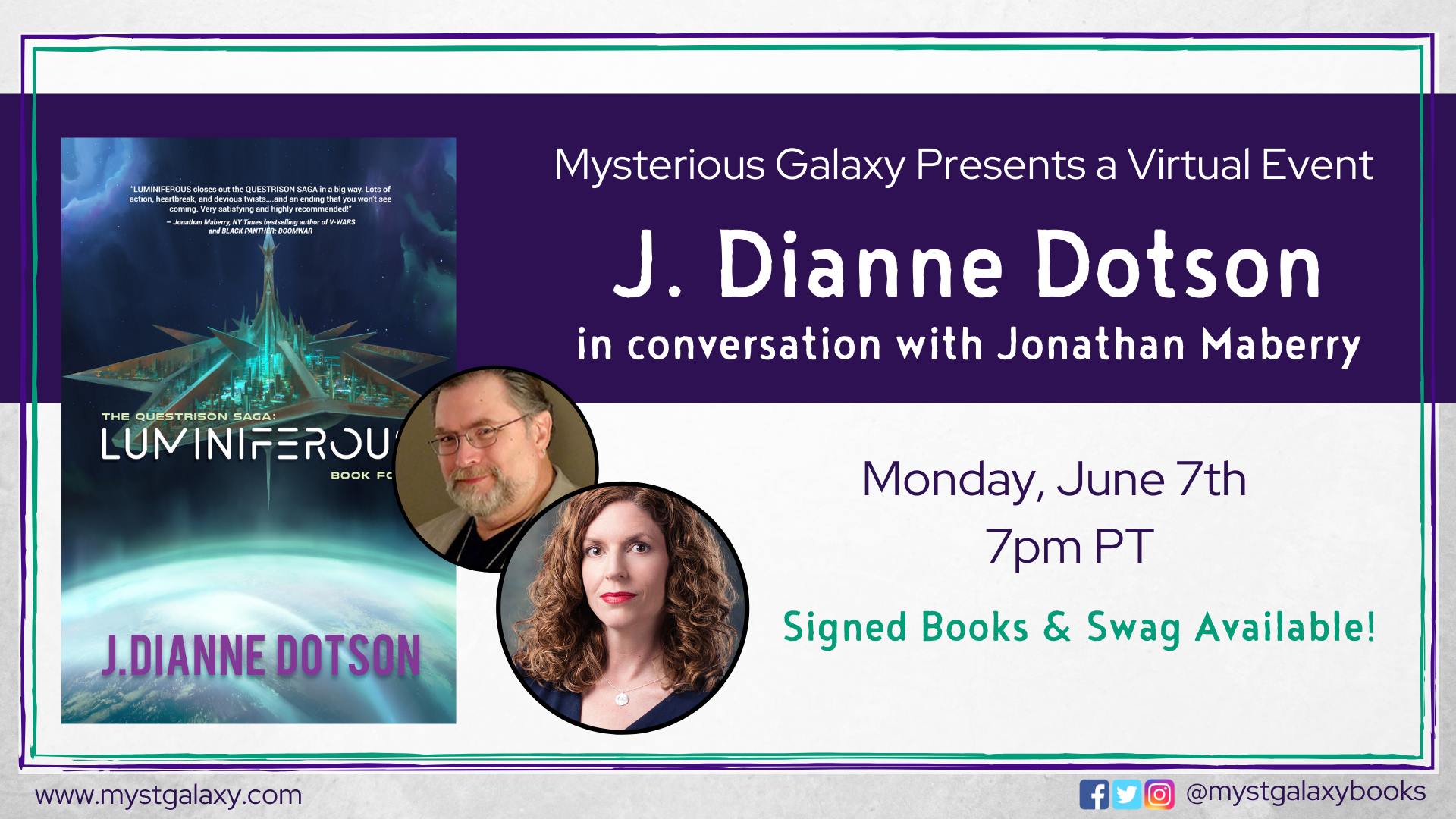 Event date:
Monday, June 7, 2021 - 7:00pm
How to join our Livestream
Our livestreams are hosted on Crowdcast! To view and register for the event click here!
View our virtual event code of conduct here. Please note that it applies to all attendees, authors, and moderators and is to ensure our event spaces stay a positive, welcoming place for respectful discussions and multiple perspectives.
Accessibility:
Real-time captioning for all Crowdcast events is available via Google Chrome. For enabling captions, please follow this guide. More info here.
How to Order a Signed/Personalized Book
Personalization requests are due one week after the event.
Signed books will not be available until July. If you would like your book sooner please note that you'd like a bookplate instead of a signed book and you'll receive your book in June.
Special Giveaway!
With your purchase of Luminiferous you'll receive a swag package! The swag package will include the following. 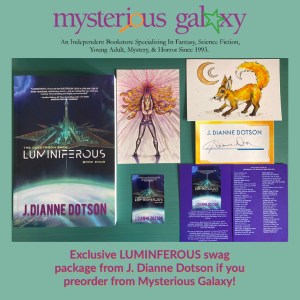 About the Authors
J. Dianne Dotson dreamed up other worlds and their characters as a child in the 1980s in East Tennessee. She formed her own neighborhood astronomy club before age 10, to educate her friends about the universe. In addition to writing stories, she drew and painted her characters, designed their outrageous space fashions, and created travel guides and glossaries for the worlds she invented. As an adult, Dianne earned a degree in ecology and evolutionary biology, and spent several years working in research. She published Heliopause: The Questrison Saga®: Book One (2018) and its sequels Ephemeris: The Questrison Saga®: Book Two (2019), Accretion: The Questrison Saga®: Book Three (2020) and her last novel in the saga, Luminiferous: The Questrison Saga®: Book Four (arrives June 1, 2021). Dianne is also a science writer, content writer and manager, short story writer, watercolorist, and illustrator.
Jonathan Maberry is a New York Times bestselling and five-time Bram Stoker Award-winning author. His V-Wars series has been adapted by Netflix airing later this year, and his work for Marvel Comics includes The Punisher, Wolverine, DoomWar, Marvel Zombie Return and Black Panther. His Joe Ledger series has been optioned for television. He is also the creator of V Wars, soon to be a television show on Netflix.