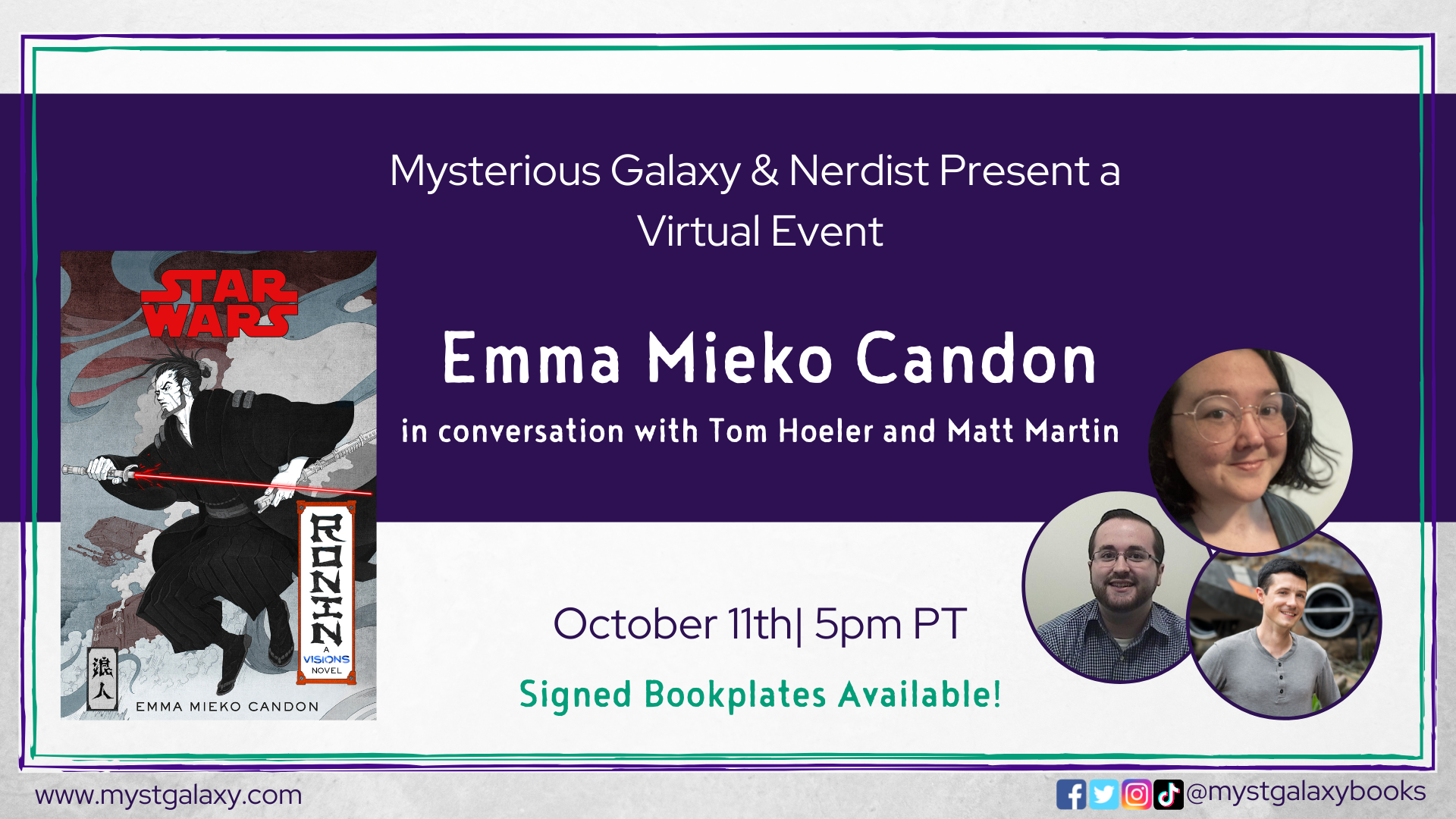 Event date:
Monday, October 11, 2021 - 5:00pm
Mysterious Galaxy is proud to partner with Nerdist and Penguin Random House for this event. Tune into Nerdist‘s YouTube channel for the launch event on October 11 at 5:00 p.m. PT/8:00 p.m. ET.
How to Order a Signed Bookplate from Emma Mieko Candon
When you purchase of Star Wars Visions: Ronin: A Visions Novel for this event you'll get a signed bookplate from the author! Signed bookplates available while supplies last.

Emma Mieko Candon is a queer author and escaped academic drawn to tales of devouring ghosts, cursed linguistics, and mediocre robots. Her work includes Star Wars Visions: Ronin, a Japanese reimagining of the Star Wars mythos, and The Archive Undying (2023), an original speculative novel about sad giant robots and fraught queer romance. As an actual cyborg whose blood has been taken for science, Emma’s grateful to be stationed at home in Hawaii, where they were born and raised as a fourth-generation Japanese settler. By day, they edit anime nonsense for Seven Seas Entertain­ment, and by night they remain academically haunted by identity, ideology, and imperialism. At all hours of the day, they are beholden to the whims of two lopsided cats and relieved by the support of an enviably hand­some wife.

Tom Hoeler is Emma Mieko Candon’s editor at Del Rey books, working with them to craft new stories in a galaxy far, far away.

Matt Martin is a huge Star Wars fan who has a job doing Star Warsy things as part of the Lucasfilm Story Group with a focus on Disney Parks, ILMxLAB, publishing, games, and animation. He played Greedo in a video once and now wavers on the subject of who shot first.