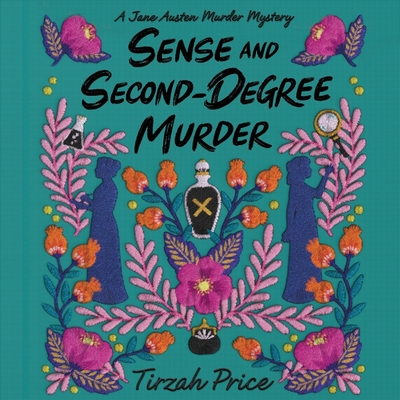 Three of Jane Austen's classic novels receive a murder mystery makeover in this romantic and thrilling three-book series that's perfect for fans of The Lady's Guide to Petticoats and Piracy and Stalking Jack the Ripper. In Sense and Second-Degree Murder, aspiring scientist Elinor Dashwood and her sister Marianne, a budding detective, work together to solve the mystery of their father's murder.

When eighteen-year-old aspiring scientist Elinor Dashwood discovers her beloved father slumped over the desk of his office study, she knows his death means dire straits for the Dashwood women. To make matters worse, an outdated will entails his estate--including Norland & Company, the private investigation firm where her younger sister Marianne worked as her father's partner and prot g --to their half-brother and his haughty wife, who waste no time in forcing the Dashwoods out of their home and into a cramped apartment on London's Barton Street.

But before they go, the Dashwood sisters make a startling discovery that points to foul play, and the killer might be family.

Obviously, the girls must investigate. It could be dangerous; it could ruin their reputations; and most importantly, it won't bring back their father. But if the Dashwood sisters can combine their talents and bring their father's murderer to justice, it may bring them all some comfort--and it might even lead to love.