The Moon, the Stars, and Madame Burova (Compact Disc) 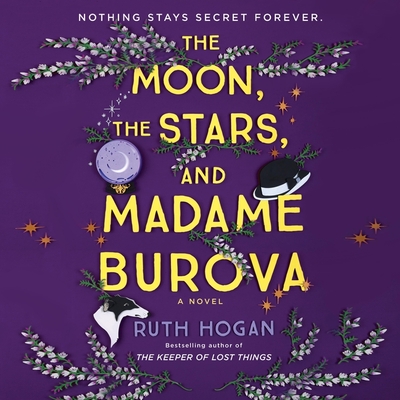 From the bestselling author of the wildly popular The Keeper of Lost Things comes an uplifting, slightly magical story about how it's never too late to find out who you really are.

Madame Burova--beloved Tarot reader, palmist, and clairvoyant--is retiring and leaving her booth on the Brighton seafront.

After inheriting her mother's fortune-telling business as a young woman, Imelda Burova has spent her life on the Brighton pier practicing her trade. She and her trusty pack of Tarot cards have seen the lovers and the liars, the angels and the devils, the dreamers and the fools. Now, after a lifetime of keeping other people's secrets, Madam Burova is ready to have a little piece of life for herself. But she still has one last thing to do--to fulfill a promise made in the 1970s, when she and her girlfriends were carefree, with their whole lives still before them.

In London, it is time for another woman to make a fresh start. Billie has lost her university job, her marriage, and her place in the world when a sudden and unlikely discovery leaves her very identity in question. Determined to find answers, she must follow a trail, which leads to Brighton, the pier, and directly to Madame Burova's door.

In a story spanning over fifty years, Ruth Hogan has conjured a magical world of 1970s holiday camps and seaside entertainers, eccentrics, heroes and villains, the lost and the found. Young people will make careless choices which echo down the year--but it's never too late to put things right.