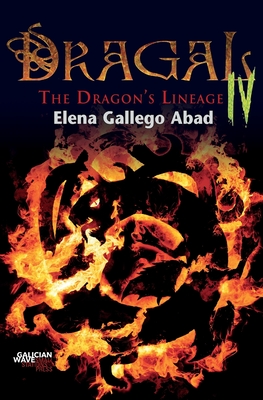 This is book number 19 in the Galician Wave series.

All is not well between Hadri n and M nica. Hadri n is licking his wounds, after having been betrayed in the crypt and lost the dragon's powers as they were being transferred to him. All he thinks about is getting the dragon's powers back and being able to fly again. But he has started avoiding his girlfriend, M nica, who reminds him of the status he has lost. And yet he can't help remembering the last time they were together at the Moor's Pool and the intimacy they shared. Meanwhile, M nica has problems of her own - and not just the mathematical equations set by their teacher Miss Ermidas. Her period is late, and she is aware of an ever so slight heartbeat in her womb. If the prophecy that said, 'The day will come when the dragon's son will regain the power wrested from its father, ' did not in fact refer to Hadri n, could it refer to the creature she is carrying? And how will Hadri n react to the news that she might be pregnant? In this fourth instalment of the saga about the Galician dragon Dragal, the relationships between the members of the Fraternity - Hadri n, M nica, the policeman Corti as, the museum director Iria, Hadri n's mother Carme and his erstwhile rival Brais - become confused. Their ambitions collide, so they cannot always work together. And a new parish priest, Don Miguel, enters the mix, who is as keen as anybody to discover the ancient catacombs beneath the church that lead to the dragon's crypt. But with the summer solstice approaching, who will make it there first - the dragon's allies or its enemies?