Captain Random vs the Sandman (Paperback) 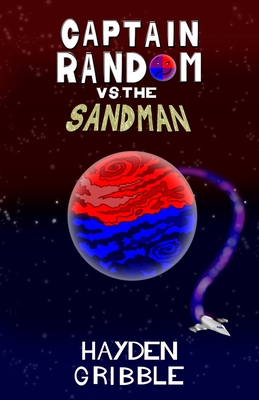 Rodas. The scorned planet of Ursa-17. Ravaged by centuries of war between two factions, the villainous Sapphire Regime and the ruthless Crimson Empire.

The reason behind the conflict of red and blue? The people of Rodas were unable to make the colour purple.

Until one day, when two rebels, one from either side, combine to create the ultimate warrior. A being who could put an end to the battle of ages and bring peace to the volatile planet of Rodas once and for all.

There is one tiny drawback. The warrior is a boy.

Fleeing to Earth in a stolen spaceship with a talking skateboard, the boy is pursued by his greatest enemy and has to integrate with the help of two teenagers in a bid to stay undercover and try and pass for human, whatever the hell that means, before his nemesis finds him.

Who is the Sandman? Who is the saviour of Rodas? Why does he own a Skateboard with a mind of its own and will he ever go home to fulfill his destiny? With a life like this, no wonder his name is Random...

This is the FIRST Captain Random adventure.