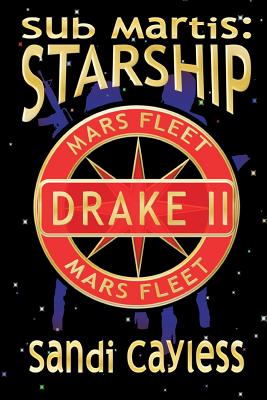 In the third Sub Martis novel, postgraduate PhD students Copper and Linen, now drafted into Mars Fleet, must hone their skills at Fleet Academy's Beagle One Basecamp before being given their first posting - in their case, the mighty flagship MSS Drake II, under the command of their friend and ally the scary Colonel Elle Chryse Moritz. The two find Fleet Academy training tough enough but the adventures on furlough even tougher and trouble follows them like a lost hound, with snoopers and snipers making life on and below the surface of Mars difficult.

Life aboard the flagship of the Fleet seems no easier, for Copper and Linen discover not only that duty and discipline sit very hard but that the Drake is the target of various saboteurs that are intent on foiling the mission in order to claim the ultimate prize: evidence of existing sentient alien life out there. With one secret surfacing that causes more than a headache, the two have to find their feet in a totally novel environment whilst carrying out their programmed research, fitting in with their rather more military-minded fellow-officers and trying to make sense of data that seems to suggest that there are aliens out there that might be less than friendly... New colleagues provide diversions, strange allies are met and dangerous foes must be outfaced before the mystery of who and what Spook was and is, and what his people were doing on Mars in the dim and distant past, can be solved.