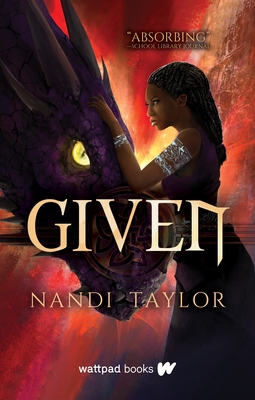 As a princess of the Moonrise Isles and one of its fiercest warriors, Yenni has always put duty before her own desires. When her father falls gravely ill, she knows she must find the cure and sets out on an arduous journey that takes her to a magical academy in the far reaches of the Empire of Cresh.


There is no room for failure, but Yenni struggles to learn the strange magic of Cresh as a cure continues to evade her. And complicating matters is Weysh, a dragon shifter who says Yenni is his Given—his one true partner ordained by destiny. As a dragon, Weysh is an ally, both in matters of magic and friendship. As a man, he is a beautiful and infuriating distraction.


With her father’s life hanging in the balance and her feelings for Weysh deepening, Yenni realizes her greatest challenge has just begun—save her people, while also following her heart.


Breakout author Nandi Taylor brings to life an Afro-Caribbean-inspired fantasy that blends vast world-building with a swoon-worthy romance in this epic debut.

Nandi Taylor is a Canadian writer of Afro-Caribbean descent based in Toronto. Her debut novel Given garnered over one million reads on the online story sharing site Wattpad and earned a starred review from ALA’s booklist. Nandi graduated from the University of Toronto with a degree in English literature and a diploma in journalism and has worked as a travel writer while living abroad in Japan. Her works are an expression of what she craved growing up—Black protagonists in speculative settings with themes of growth, courage, and finding one’s place in the world.