Souls of Fire and Steel (Hardcover) 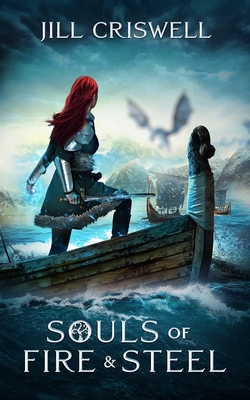 To save her lover's life, Lira of Stone swore allegiance to a demigod known as the Dragon. She's transformed into his weapon--the Dragon's death-bringer, using her gifts to conquer nations and unleash demons. Yet there's a part of Lira not even the Dragon can stifle, and the soul-reader must find a way to free herself before he declares war against the gods.

After the warrior Reyker Lagorsson attempted to overthrow the Dragon, Reyker's soul was fractured. Now, he's a shadow of his former self, and his battle-madness grows stronger by the day. Reyker will stop at nothing to kill the Dragon and his mysterious death-bringer before his curse consumes him.

In the final installment of the Frozen Sun Saga, Lira and Reyker face off as enemies, confront their worst nightmares, and make their last stand against the Dragon. But can a god be killed? And if so, at what cost?