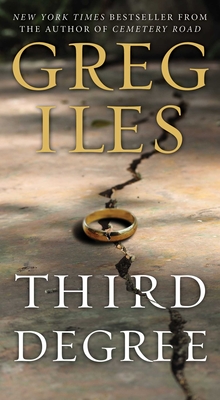 In the span of twenty-four hours, everything Laurel Shields believes about her life and her marriage to a prominent doctor will be shattered—if she survives a terrifying ordeal. The day begins with the jarring discovery that, soon after ending an affair, Laurel is pregnant. But when she returns home to find her husband ashen, unkempt, and on the brink of violence, a nightmare quickly unfolds. In the heart of an idyllic Mississippi town, behind the walls of her perfect house, Laurel is locked in a volatile standoff with a husband she barely recognizes. Confronted by evidence of her betrayal, she must tread a deadly path between truth and deception while a ring of armed police prepares a dangerous rescue. But Laurel’s only hope lies with her former lover, a man whom fate has granted the power to save both Laurel and her children—if she can protect his identity long enough...

Greg Iles was born in 1960 in Germany, where his father ran the US Embassy medical clinic during the height of the Cold War. After graduating from the University of Mississippi in 1983, he performed for several years with the rock band Frankly Scarlet and is a member of the lit-rock group The Rock Bottom Remainders. His first novel, Spandau Phoenix, a thriller about Nazi war criminal Rudolf Hess, was published in 1993 and became a New York Times bestseller. Iles went on to write numerous bestselling novels including Third Degree, True Evil, Turning Angel, Blood Memory, The Footprints of God, the Natchez Burning trilogy, and 24 Hours (released by Sony Pictures as Trapped, with full screenwriting credit for Iles). He lives in Natchez, Mississippi.