Where the Wandering Ends: A Novel of Corfu (Compact Disc) 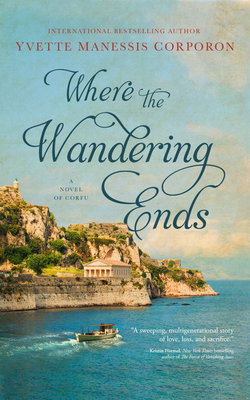 They wondered if they would ever find their way back--back to the village, back to a life of meaning, back to each other.

Corfu, 1946--In a poor Greek community, ten-year-old Marco is perhaps the poorest of them all. But it wasn't always that way. His grandmother once worked for the royal family where Marco's mother played alongside young Prince Phillip himself. Now Greece is on the brink of civil war, and Marco's mother still clings to the desperate hope that somehow the royal family will save her own.

As the war turns deadlier, Greece's Queen Frederica takes a defiant stand against the communists, announcing that she will save the children of Greece by opening children's villages. When the communist partisans erect camps of their own, children are ripped from their mothers' arms, entire villages are emptied.

Young Katerina has been best friends with Marco for as long as she can remember, cementing their bond by stealing scraps from her family's table to sneak to him. But when communists reach their village, loyalties are tested as devastating secrets threaten to emerge. Katerina and Marco are separated just before her family flees on foot. At their final goodbye, Katerina and Marco promise to find their way back to the village, and to each other. This haunting childhood vow launches events that will take decades to unravel.

Set among Corfu's picturesque lanes, hamlets and villas, where kings, villagers and saints all walk the same cobblestone paths, Where the Wandering Ends reminds us of the tenacity of those who have lost everything and the enduring power of home.