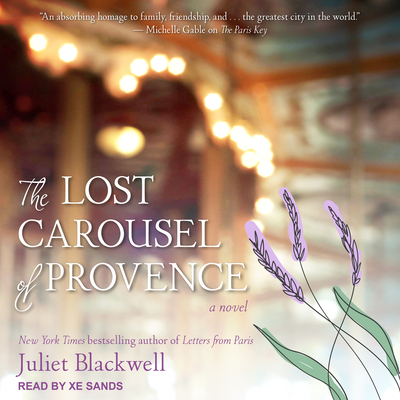 By Juliet Blackwell, Xe Sands (Narrated by)
Unavailable to Order
Out of Print

An artist lost to history, a family abandoned to its secrets, and the woman whose search for meaning unearths it all in a sweeping and expressive story from the New York Times bestselling author of Letters from Paris. Long, lonely years have passed for the crumbling Ch teau Clement, nestled well beyond the rolling lavender fields and popular tourist attractions of Provence. Once a bustling and dignified ancestral estate, now all that remains is the ch teau's gruff, elderly owner and the softly whispered secrets of generations buried and forgotten. But time has a way of exposing history's dark stains, and when American photographer Cady Drake finds herself drawn to the ch teau and its antique carousel, she longs to explore the relic's shadowy origins beyond the small scope of her freelance assignment. As Cady digs deeper into the past, unearthing century-old photographs of the Clement carousel and its creators, she might be the one person who can bring the past to light and reunite a family torn apart.