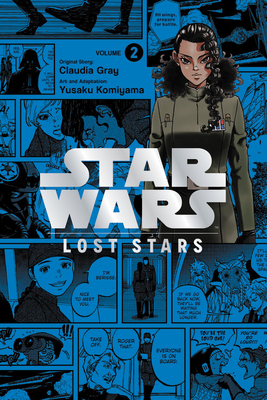 This is book number 2 in the Star Wars Lost Stars (manga) series.

As the Empire and the Rebellion clash, the galaxy trembles!
In the wake of the obliteration of Alderaan, Thane's faith in the Empire is shaken, while the destruction of the Death Star that soon follows gives Ciena a reason to rededicate herself to the side she's chosen.
As their paths diverge, is love strong enough to overcome the distance growing between them?