Murder Off the Page (Compact Disc) 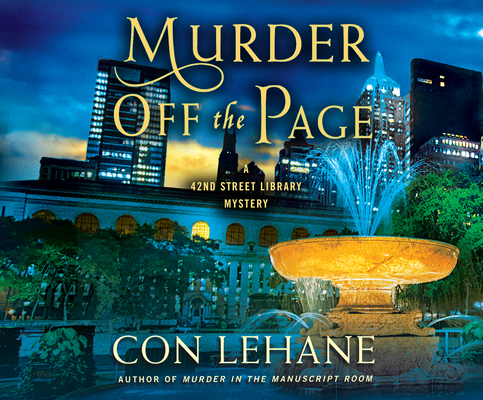 A note from bartender Brian McNulty, Raymond Ambler's friend, confidant, and sometimes adviser, sets the librarian sleuth off on a murder investigation, one that he pursues reluctantly until a second murder upends the world as he knows it. The second victim is a lady friend of McNulty's--and the prime suspect is McNulty himself. As Ambler pursues his investigation, he discovers that the murdered woman had a double life. Her intermittent visits to the city--a whirlwind of reckless drinking and illicit liaisons with men she met in the cocktail lounges--had their counterpart in suburban Fairfield County Connecticut where, as Dr. Sandra Dean, she practiced dermatology and lived in a gated community with a doting husband and a young daughter. While Ambler looks into the past of Dr. Sandra Dean to understand the murder of Shannon Darling in the present, NYPD homicide detective Mike Cosgrove investigates the men in Shannon Darling's life. She might have been murdered because she frustrated the wrong man. It could have been a jealous wife. In fact, any number of people might have murdered Shannon Darling. Or, as Ambler suspects, did someone murder Dr. Sandra Dean? Yet, no matter which way he turns, McNulty emerges as a suspect. Ambler's dilemma seems insurmountable: Should he keep searching for the truth behind the murders if the deeper he probes, the more evidence he finds that points to the morally rumpled bartender as a murderer?