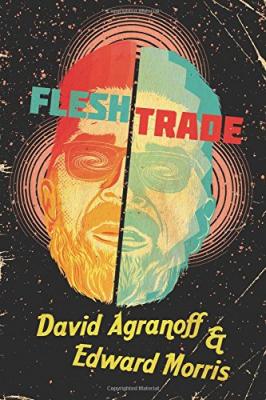 How far would you go to rescue your child? Would you risk control of your mind and soul? Would you scour the darkest gutters on an alien world? Andall Shellton is a politically-savvy governor on one of humankind's most populated colonies, and a rising star on the scene, married to one of the most famous actresses in all the worlds. Their ideal life is thrown into turmoil when their youngest daughter, Liv, is kidnapped and sold into sexual slavery on a hell-world beyond the Red Line of human expansion. Using all of the resources of his position, Andall follows the traffickers who stole his little girl - to the colony of NewKok, a pleasure planet beyond the rule of law, except for the law of the jungle. Flesh Trade is a politically-charged story of 24th century crime, taking place on a lawless world where our humble protagonist quickly learns that military tactics and political power are meaningless. He resorts to a mind-fuse to upload the memory and skills of a dead war hero, Col. John Stack, and fights his way through the city to save his daughter. The fuse only lasts for one night on NewKok before the uploaded pattern takes over the host. With this clock counting down, Andall must battle genetically modified gangsters, dirty cops, sex slavers, underground surgeons, mercenaries, cannibals and aliens, while struggling to control his own mind, with only the night left to save his daughter. For fans of Neal Asher and Phililip K Dick, this novel is a magnum opus of action, world-building and mind-bending speculative noir. Agranoff and Morris have plotted a terrifying path into a dangerous vision of the future. Come along for the ride, if you dare.

David Agranoff is the Wonderland award nominated author of Punk Rock Ghost Story, The Vegan Revolution with Zombies. Edward Morris is author of the Blackguard series.

"Edward Morris is a fearless writer, expanding the boundaries of what is possible with the weird. Read him." ---Jeff VanderMeer author of Authority "David Agranoff is a razor sharp writer, a storyteller with a hard rock pacing, a magician of ideas." - John Shirley Author of A Splendid Chao