Exodus of the Phoenix (Paperback) 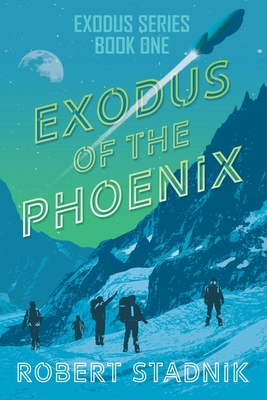 Is an unproven, experimental starship the key to finally opening up the cosmos to human exploration?

As a mysterious alien race destroys space ships attempting to leave the solar system, humanity's dreams of interstellar travel seem as distant as the next star. With an aggressive and uncommunicative alien power blocking interstellar travel, military and government leaders had accepted that humans would never explore the galaxy.

But hope springs forth from the most unlikely of places. Humanity's destiny lies with two inexperienced cadets and the EXODUS Project. Join cadets John Roberts and Julie Olson as they attempt to slip the barricade and free humanity from its oppressors.