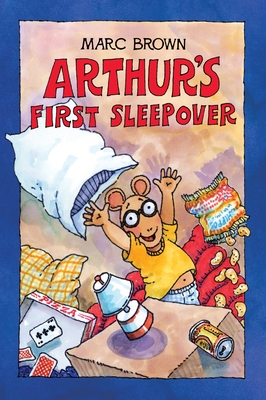 In this book, Arthur is having his friends Brain and Buster sleepover for the first time. The boys are excited to camp out, but also a little worried, especially because there have been rumors about aliens in the area. While they are camping, they hear some strange noises and see a light, which they believe to be aliens Arthur figures out that it is just his little sister, D.W., playing a prank on them, so the boys decide to play another back on her. D.W. wakes up the whole neighborhood with her screams over the "alien," a cardboard figure that the boys created. The drawings in this book are similar to what is later found in the Arthur TV series. They add more humor to the story because they show facial expressions and "extras" that are not found in the quick descriptions in the writing.