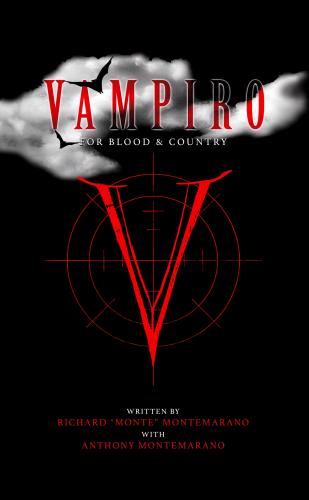 Vampiro is an adventure that spans centuries and continents as it unfolds into a tale of betrayal, romance, and intrigue.
In the city of Los Angeles, a Russian plot of industrial espionage quickly turns into an international incident involving the entire underworld organization of Vampires, the Fold, and the top CIA agent on the west coast, Sophia Russo. The Vampiros are a family of Italian vampires who, from an encounter with Pope Pius VI in the late 1700s, have been tasked with preventing the world from falling into chaos by a growing population of vampires. Peter Vampiro, the father, is a brilliant strategist and devices a plan that results in his entire family becoming vampires in an effort to fulfill the promises he has made to the church.
The book begins in 18th century Italy under St. Peter’s Basilica and then jumps to the present day where you are witness to the theft of DNA formulations at Sangue Sciences, a Vampiro family-owned company. The Russian FSB is behind the crime which gains the attention of the CIA and LAPD. The Vampiro family, Peter, Mia, Jimmy, Salvatore, Michael, and Vikki, swing into action to uncover the plot against them, which in the end, has been devised by Peter Vampiro himself in an effort to flush out the betrayal within the Fold. Jimmy Vampiro, the eldest son, is recruited by the CIA where he and the family reveal themselves as one of the United States most important allies over the past 150 years. Throughout the main plot of the book, you are treated with stories of how the Vampiros have secretly interceded in American history to keep the country safe. The book ends where it began, at the death bed of Pius VI giving Peter Vampiro his last dying wish, but that is a story for another book altogether.

Richard Montemarano is a multifaceted business entrepreneur who has extensive background in sales, marketing and building businesses. His degree in Art and Music is from SUNY Geneseo, N.Y., where he was born and raised until he was 21 and left for the West Coast. His inspirations stem from his Italian heritage and close-knit family, as well as his eldest son’s experiences with a wide variety of Vampire connections he has made in the past several centuries. Throughout his years in business, Richard has dealt with a cast of characters and has gained a great deal of education and insight on integrity and betrayal, which have all gone into the writing of Vampiro. Richard is married with three sons, Anthony, Nicholas and Michael. He lives with his wife Elaine in San Diego, California