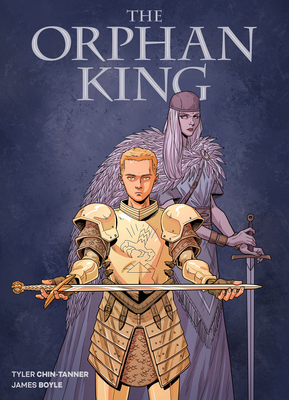 After training in secret with his mother's sister, the magical Lady Taleissa, Prince Kaidan returns home to find his kingdom destroyed and his parents, King Gorlan and Queen Olwen, gone. With the monarchy overthrown, Kaidan is set adrift in a lawless land where his birthright is no longer recognized. To make matters worse, there's a price on his head set by the warlord who wants to ensure that the royal line has no chance to return. Kaidan seeks refuge with a merry band of outlaws hiding in the forest, who were neither loyal to the monarchy nor to the current leadership. Kaidan joins them until they betray him, selling him out to a local merchant and giving the money to the poor. Now a captive, Kaidan prepares to be exchanged for the reward money until his outlaw friends reveal their plan to rescue him. Kaidan then discovers that the King was indeed killed but his mother is most likely alive, though imprisoned by the warlord. Kaidan's rescuers offer him a new home among them. He's tempted, but with his mother still missing, he realizes that his aunt, the Lady Taleissa, must be searching for her. Kaidan resolves to find them both and set things right even if being King is no longer a reality.