Whispers from the Depths (Paperback) 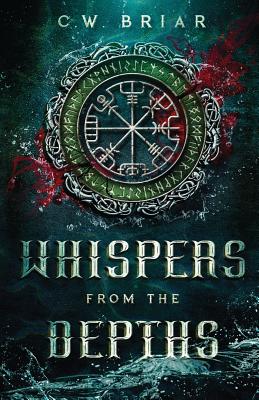 Joyful and blessed are Voice-bearers, for the Heavens have set them apart.

As Whisperers gifted with the Voice, Betka and her people are enslaved. Only they can control the dangerous spirits that haunt the waters, but they are forced to serve under cruel taskmasters. Betka has little hope of freedom from her service or her own bitterness.

They toil for the goodness of others.

A powerful water spirit terrorizes the castle where Betka's sister is serving. Betka is assigned to the crew sailing to face the foe, and she fears for the only family she has left.

Rage is found nowhere in them.

In the beleaguered, flooded castle, a new threat awaits--a magic more powerful and horrifying than anything they have ever seen. Loyalties will be tested, and enemies will become desperate allies.

Betka is their only hope of escape--if she can subdue the wrath that endangers them all.

She who wields the waters for revenge drowns herself tenfold.