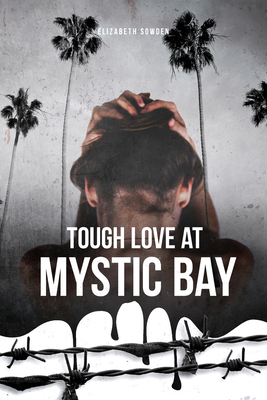 Grace Haddonfield is a four-star chef with a bitter past. At 14, Grace finds herself at odds with her controlling mother who has her kidnapped in the middle of the night and taken to a boarding school for troubled teens. Grace spends several months at Epiphany Lake Academy where she must rise through the ranks of a cult-like program. When she realizes that the program has set her up to fail, she attempts to escape from Epiphany Lake and winds up somewhere even worse: Mystic Bay, a barbed-wire facility in the Dominican Republic. Grace's defiance against her captors lands her in solitary confinement, where she gets through the long hours by indulging in vivid fantasies about food.

As an adult, Grace is successful but lonely and struggles to reconcile her triumphs with the injustices she has endured. When she meets a woman named Jess in a Brazilian Jiu-Jitsu class, she has the chance to make the kind of connection that's been missing from her life. Tough Love at Mystic Bay follows Grace as she unlearns harsh lessons and rediscovers friendship.