To Discover a Divine (Paperback) 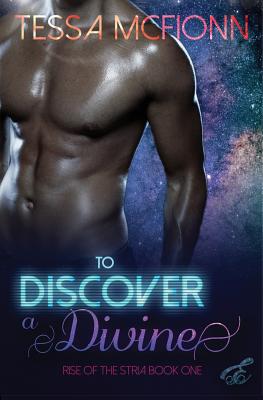 When Kahlym cal Jhuen, freedom-fighting leader of the Chandar Stria, breaks into a prison ship controlled by the Rimmarian Thrall, he only expected to rescue two of his crew. But when he discovers a terrified female during his escape, he is immediately captivated by her unique beauty and makes a snap decision to take her with him. However, his good deed backfires when he learns he has stolen the Thrall Emperor’s prize.

Down to her last dollar, Evainne Wagner expected nothing out of the ordinary when she stepped out of her Boston apartment. Instead, she found herself in the middle of an intergalactic firefight, complete with strange soldiers with deadly weapons pointed directly at her. Salvation arrives in the nick of time in the form of a mysterious leather-clad warrior, skidding in and whisking her away. Trusting her heart, she follows, hoping to find answers as well as a way home.

Safely on board his ship, he learns more about her and her rare skills, triggering the memory of a half-forgotten prophecy spoken at the time of his cursed birth. Outcast because of a cruel twist of fate, he finds unexpected acceptance, even affection, from his new passenger.

Could she be the one who holds the future of his people, as well as his own heart, in her tender hands?