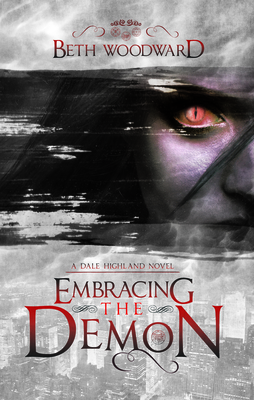 By Beth Woodward
Unavailable to Order
Out of Print

Dale Highland never wanted to be a demon, never wanted to go back to the supernatural world, but now she has no choice. A militant anti-supernatural group called the Zeta Coalition is trying to kill Dale, and a mysterious illness ravages angels and demons throughout the world. As the death toll rises, and the Zetas get closer and closer to Dale, she starts to realize the two things are connected. To save them all, Dale will have to team up with John Goodwin, the man she once loved. The man who destroyed her. But by the time Dale and John figure out the Zetas' real intentions, it may be too late...

Beth Woodward has always had a love for the dark, the mysterious, and all things macabre. She blames her mother for this one: while other kids were watching cartoons, Beth and her mother were watching Unsolved Mysteries together every week. She was doomed from the beginning. At 12, she discovered the wonders of science fiction and fantasy when she read A Wrinkle in Time, which remains the most influential book of her life. Growing up, she was Meg Murray with a dash of Oscar the Grouch. She's been writing fiction since she was six years old; as a cantankerous kid whose family moved often, the fictional characters she created became her friends. As an adult, she's slightly more well adjusted, but she still withdraws into her head more often than is probably healthy. When she's not writing, Beth volunteers at her local animal shelter, attends as many sci-fi/fantasy conventions as she can, and travels as much as time and money will allow. She lives in the Washington, DC, area with her husband and their three cats.