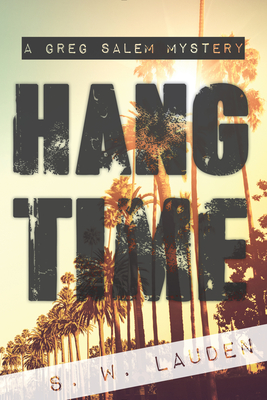 Touring in a band is murder. Or is it suicide? After narrowly surviving a hellish season with a murderous drug kingpin, Greg Salem and his sidekick/drummer are back at home in The Bay Cities. A tour looms for their infamous punk band, Bad Citizen Corporation, but first Salem & Associates must wrap up a jealous husband case tied to a cheating hip-hop bombshell. BCC plays a warm up show when a dead body turns up in their dressing room--the first of many during this ill-fated reunion. The final book in the Greg Salem trilogy, Hang Time, brings together the colorful cast of characters from Bad Citizen CorporationGrizzly Season in a thrilling and atmospheric series finale fueled by sex, drugs, backstabbing band mates, cheating spouses and vicious cops. The non-stop action will keep readers dangling until the very end.

S. W. Lauden's short fiction has been published by Out of the Gutter, Criminal Element, Dark Corners, Dead Guns Magazine, Akashic Books, WeirdBook, Spelk Fiction, Shotgun Honey, and Crimespree Magazine. His debut novel, Bad Citizen Corporation, the first installment of the Greg Salem thrillers, was published in 2015 and the follow-up novel Grizzly Season was published in 2016. His novella, Crosswise, was published by Down & Out Books in 2016.