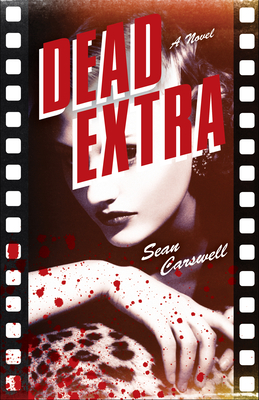 The early forties have been a tough time for Jack Chesley. His plane was shot down over Germany and he spent two years in a brutal POW camp. During that time, his wife fell in the tub and died. Prior to her death, the early forties were even tougher for Jack's wife, Wilma. After Jack was mistakenly presumed dead, she went on a bender that ended with her wrongful commitment to the Camarillo State Psychiatric Hospital. While there, she took up with an alcoholic socialite, a junkie pianist, and a shady hospital employee who promised her a way out. Only that way out set her on the path to the end of her road. Now Jack's back in Los Angeles. His sister-in-law and Wilma's twin, Gertie, hunts him down to tell him Wilma's death was no accident: she was murdered. Gertie's first efforts to find the truth earned her a bullet to the collarbone. But that doesn't mean Gertie is ready to give up. She knows the right places to look and the right people to ask. She needs Jack, who was a cop for a short time before the war, to stick his nose into these places and ask these questions so that, together, they can figure out who killed Wilma, and why. Dead Extra follows the parallel storylines of Wilma in the months before her murder in 1944 and Jack and Gertie's search for the killer in 1946. Their adventures carry them through Hollywood's second-tier studios, nearby psychiatric hospitals, Pasadena mansions, downtown jazz clubs, and one seriously sleazy motor court in Oxnard. Taking its cues from early noir masters like James M. Cain and Raymond Chandler as well as contemporary neo-noir writers like Walter Mosley and Megan Abbott, Dead Extra explores new shadows on the seedy side of midcentury Southern California.

Sean Carswell is the author of several books, including Drinks for the Little Guy, Train Wreck Girl, Madhouse Fog, The Metaphysical Ukulele, and the academic book Occupy Pynchon. He co-founded the independent book publisher Gorsky Press and the music magazine Razorcake. His writing has appeared in such diverse places as the skateboarding magazine Thrasher, prestigious literary journals like The Southeastern Review and The Rattling Wall, and peer-reviewed journals like The Journal of American Culture. A resident of Ventura, he is an associate professor of writing and literature at California State University Channel Islands.